Normally on Sundays I do not write news. This is in an attempt to stay close to God and the things that really matter. But today, the Sunday of the Triumph of Holy Orthodoxy, came with an extra added bonus that seemed very important to write about. The Russian Constitution is undergoing changes that will stun the West.

Dr Steven Turley is an American scholar studying the rise of the post globalist age in the US and around the world. Russia is the leader of this rise, as the country has been moving towards a tradition, Christian-based identity as a nation. In this video, Dr. Steve gives some astonishing information about the demographic changes in the Russian Federation not only since the fall of Communism in 1991, but going back before the 1917 Revolution. Watch this:

One of the most surprising statistics is that before the 1917 Revolution, only some 30% of Russian people identified themselves as Orthodox Christians. Now it is in the 70% range. Even though many critics of this “identification” note correctly that a lot of people identify as Orthodox Christian but are not in Church very often, the change in overall percentages shows growth in Church attendance as well. So does the existence of the 40,000 parishes and more than 1,000 monasteries that now exist in Russia where in the Communist peak, there were but two hundred (200) open churches and zero monasteries in Russia.

Russia is not interested in the Godless liberal globalism of the West, which itself is a kissing cousin to Marxism, in its emphasis strictly on the material. If you read my series on Orthodox Christianity versus Socialism, you can gather some more food for thought about the situation of the globalist secular West and make some judgements for yourself.

Russia is making some key changes to its Constitution, expanded on by Dr Turley: 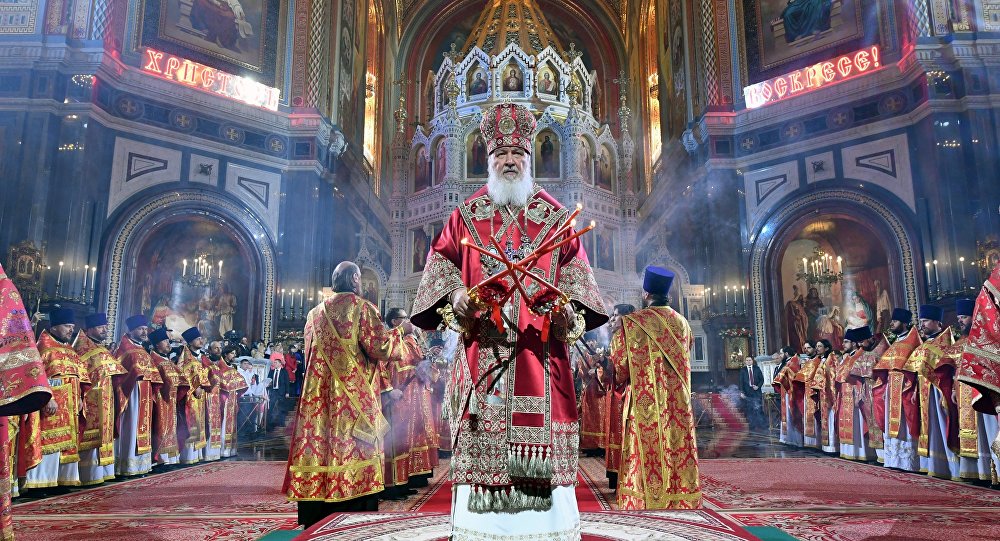 I can verify all the changes Dr Turley speaks of, because I live in Russia and part of the reason I live here is because it has become a safe haven for Christian believers. This is a pretty amazing situation considering what happened under Communism in the same geographical location.

Marriage establishes a two person religion, one based entirely on morality with a sex code being the highest law of the relationship. Surely, a marriage license accomplishes nothing but bring marriage under the jurisdiction of deadly force divorce court and as such, is the most corrupted thing on the face of the earth.

Sounds like Hanisch is reading too much into the Russian dissenters alt-media. They come up with some pretty wild stuff. Last one I heard of is that Putin has cut a deal with Erdogan to unleash a million emigrants into Europe and while they’re busy dealing with it, cut another deal with the Banderites to destabilize Ukraine further and force Zelensky to run to Putin for help, begging him to reincorporate Ukraine into Russia.

“Ban same-sex marriage”? When, prey tell, has that abomination been made legal in Russia? The new constitution will define marriage as a union between a man and a woman, proclaim the nuclear family as a basic building block of society, note the important historical, present and future role of the Russian Orthodox Church and other traditional denominations etc.

Much respect to Russia and many thanks to Vladimir Putin!!!????