President Putin’s State of the Nation address included the following segment, in which he detailed the prioritization of excellence in military education and also a rundown of the weapons systems in development and (mostly) already deployed in Russia.

Among these the Avangard, Tsirkon and Kinzhal hypersonic missiles systems, weapons with speeds as high as Mach 20 (about four miles per second) in the atmosphere, and maneuverable at these speeds. The Sarmat ICBM, capable of hitting any target on the planet, and not restricted to trajectory paths over the North Pole, is to be in operation by late 2022. Still in development are the fearsome Poseidon underwater weapons delivery platform and the Burevestnik nuclear-powered cruise missile, boasting unlimited range – this device could literally fly for six months in circles over the remote Pacific before being directed at its target anywhere in the world.

Russia’s defenses are based on the concept of real defense, and while any military force should and  does have offensive capability, the Russian super weapons described here are designed to create such a crushing response that no one would want to attack Russia and risk it. The Poseidon underwater system could, for example, deliver a 100 MT (megaton) nuclear warhead offshore of the American East Coast, and generate a tsunami capable of wiping out every city on the Eastern Seaboard.

In other words, Russia is not messing around. All the same, this fearsome capability is designed with the same notion that the nuclear arms buildup had – create something so fearsome and so hideously destructive that no one would dare provoke a response by attacking Russia.

Rule 1, on page 1 of the book of war, is: “Do not march on Moscow”. Various people have tried it, Napoleon and Hitler, and it is no good. That is the first rule. I do not know whether your Lordships will know Rule 2 of war. It is: “Do not go fighting with your land armies in China”. It is a vast country, with no clearly defined objectives.﻿

Here is an article that looks at Russia’s latest weapon:

As Germany learned in the 1940s, winning an all-out war with Russia will prove to be far more difficult than Washington may have us believe.

Is anyone else sick of America chucking its weight about and stamping its foot if it doesn’t get its own way? I certainly am. It doesn’t seem to matter whether it’s the Reps or the Lib Dem’s, all the political leaders in my lifetime, seem to be spoiling for a fight. It’s high time someone punched them on the nose and made their eyes water,

That’s because the Demo-Rats and the Republic-Cons are merely two different sides of the same corrupt coin.

I recall Washington telling us the ILLEGAL Iraqi invasion would be over in 14 days. Shows how much confidence you can place in anything emanating from that source. 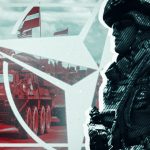 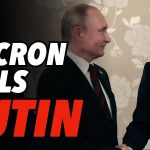