Even if “won,” endless wars like our 20-year assault on Afghanistan would not benefit our actual national interest in the slightest. So why do these wars continue endlessly? Because they are so profitable to powerful and well-connected special interests. In fact, the worst news possible for the Beltway military contractor/think tank complex would be that the United States actually won a war. That would signal the end of the welfare-for-the-rich gravy train.

In contrast to the end of declared wars, like World War II when the entire country rejoiced at the return home of soldiers where they belonged, an end to any of Washington’s global military deployments would result in wailing and gnashing of the teeth among the military-industrial complex which gets rich from other people’s misery and sacrifice.

Would a single American feel less safe if we brought home our thousands of troops currently bombing and shooting at Africans?

As Orwell famously said, “the war is not meant to be won, it is meant to be continuous.” Nowhere is this more true than among those whose living depends on the US military machine constantly bombing people overseas.

How many Americans, if asked, could answer the question, “why have we been bombing Afghanistan for an entire generation?” The Taliban never attacked the United States and Osama bin Laden, who temporarily called Afghanistan his home, is long dead and gone. The longest war in US history has dragged on because…it has just dragged on.

So why did we stay? As neocons like Max Boot tell it, we are still bombing and killing Afghans so that Afghan girls can go to school. It’s a pretty flimsy and cynical explanation. My guess is that if asked, most Afghan girls would prefer to not have their country bombed.

Indeed, war has made the Beltway bomb factories and think tanks rich. As Brown University’s Cost of War Project has detailed, the US has wasted $2.26 trillion dollars on a generation of war on Afghanistan. Much of this money has been spent, according to the US government’s own Special Inspector General for Afghanistan Reconstruction, on useless “nation-building” exercises that have built nothing at all. Gold-plated roads to nowhere. Aircraft that cannot perform their intended functions but that have enriched contractors and lobbyists.

President Biden has announced that the US military would be out of Afghanistan by the 20th anniversary of the attacks of 9/11. But as always, the devil is in the details. It appears that US special forces, CIA paramilitaries, and the private contractors who have taken an increasing role in fighting Washington’s wars, will remain in-country. Bombing Afghans so that Max Boot and his neocons can pat themselves on the back.

But the fact is this: Afghanistan was a disaster for the United States. Only the corrupt benefitted from this 20-year highway robbery. Will we learn a lesson from wasting trillions and killing hundreds of thousands? It is not likely. But there will be an accounting. The piper will be paid. Printing mountains of money to pay the corrupt war profiteers will soon leave the working and middle classes in dire straits. It is up to non-interventionists like us to explain to them exactly who has robbed them of their future.

Copyright © 2021 by RonPaul Institute. Permission to reprint in whole or in part is gladly granted, provided full credit and a live link are given.
Please donate to the Ron Paul Institute
_________________
Kristian Kahrs describes himself as a former NATO aggressor and warmonger in Kosovo, turned into a warrior for peace, democracy, and freedom of speech. Kristian is a Norwegian living in Belgrade, Serbia, and there is more about him on his website ohrabrenje.com, the Serbian word for encouragement, where you can sign up for his newsletter. Also, follow Kristian on Gab, Telegram, Parler, and VK.

Time for Irish Democracy, as they say. Would it work in America? Still people who think America is the greatest?

The Libertarians, because they take an interest in where tax dollars are going, and dissident former CIA agents, because they are in the know, are the only ones who advocate a sane US foreign policy. The so-called think tanks, meanwhile, are useless.

Reality is the US will be there well past the 9/11 deadline. They will find some excuse. Face it the Afghan drug trade is probably financing most of the CIA covert actions and lining pockets at the same time.
Manufacture a reason to ‘protect’ the weak and you can have a never ending well to spend money on the MIC.
On the plus side for the rest of the world it provides a place where incompetent’s butt kissers can get promoted and write up their own medals without bothering the rest of us. 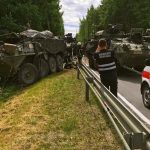 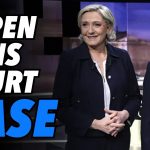