On May 5, former police officer William Merritt published Rolf Harris: The Defence Team’s Special Investigator reveals the Truth behind the Trials. By a remarkable coincidence, on May 11, a video was uploaded to YouTube by The Project, apparently some sort of Australian…project. Called Brave Survivor Of Rolf Harris, Suzi Dent, Helping Other Women Find Their Voice, one would imagine from the title that Miss Dent had been kidnapped like Carol DaRonch when Ted Bundy posing as a police officer lured her into his car. Or perhaps she had been attacked like Linda Schlueter by Rodney Reed. Both these courageous young women, mere teenagers, had fought back like tigresses against more powerful, extremely dangerous men and gotten the better of them or at least held them off sufficiently to escape certain death.

Anyone who had not heard of Rolf Harris would probably think that, but no, Miss Dent claims to have been groped by him in the 1980s when she was a make-up artist; lots of people were around so the chance of her being kidnapped much less murdered was somewhere between zero and minus one. It would be more than thirty years before she would tell her story, at least to a police officer. She was one of the so-called bad character witnesses flown in from Australia to testify at Southwark Crown Court, and destroy a living legend, even though Rolf wasn’t charged with sexually assaulting her.

Suzi Dent was far from the only make-up artist to testify at this trial. Rolf was convicted on all counts, and later, the same odious cabal brought forward further so-called victims hoping to keep him behind bars until he died. He is currently 92 and living in quiet retirement. Max Clifford wasn’t so lucky; he died in prison aged 74 still protesting his innocence.

In November 2017, the Court Of Appeal quashed one of Rolf’s convictions, that of indecently assaulting a young child named Wendy Rosher/Wendy Wild (now deceased) on an unspecified date four decades and more earlier. It should also have quashed his three convictions for indecently assaulting a teenager in a South London public house, but had it done so it would have to have ordered a retrial, and that would have been too much for the CPS to bear.

I am proud to admit playing a tiny role in Rolf’s successful appeal and in the subsequent failed prosecutions. With my limited resources and a few hours of research it was clear to me he had never visited the small West of England community centre where he was supposed to have performed and where this phantom assault took place. At that time, Rolf was on the verge of A List stardom; he was riding high in the charts and there would surely have been some sort of paper trail, press reports, advertisements, a leaflet…Had this been an ordinary concert, there would have been bills. Had it been a charity event or he had appeared pro bono, there would also have been a paper trail, but there was nothing, zilch.

The former DJ Dave Lee Travis had also been a victim of the Operation Yewtree witch-hunt. His first trial had resulted in 12 not guilty verdicts and 2 no decisions. Incredibly, the CPS not only ordered a retrial but added another historical allegation. DLT was convicted of one charge for which he received a suspended sentence. After the trial, he stood outside Southwark Crown Court and thanked his legal team, including private investigator William Merritt. I wrote to Rolf in prison and told him he must hire this guy. The rest is history.

Merritt’s book speaks for itself. If you choose not to buy it, you can read a sample on Amazon. If you are lawyer who deals with sex cases, especially historical ones, you should definitely read this book. The one tiny complaint I can make of it is the use of the word historic, a common solecism. It should of course be historical.

Merritt worked with the leading QC Steven Vullo. In the preview to the book he promises to reveal previously unheard evidence, some of which I am aware of. He is scathing of both the press and ambulance chasing lawyers. He reveals too that one of the organisations who worked with the Metropolitan Police is NAPAC. The guy who started that can only be described as an idiot because in February 2008 he had a drunken sexual encounter in a Manchester restaurant toilet with a so-called survivor of child sexual abuse, who then accused him of rape. Fortunately the police took no action, and the allegation didn’t come to light for the next 11 years. Peter Saunders must have realised at the time just how toxic some of these so-called survivors are.

Merritt also mentions the other innocent victims of Operation Yewtree. The treatment of Cliff Richard was by far the worst. The police raided one of his homes while he was out of the country tipping off the BBC in advance who spied on the raid by helicopter; this was an open invitation to every crank and fantasist worldwide to make false allegations against him, as some did. Fortunately, none was considered even remotely credible.

William Merritt’s firm carries out all manner of investigations, including civil cases of a non-sexual nature. Hopefully you will never need his services, but again, feel free to buy his book.

Read up the Alex Salmond case (one-time First Minister of Scotland), not least as elucidated by Craig Murray, who was subsequently unfairly sentenced to some months imprisonment because of “jigsaw Identification” of some of the accusers of Salmond.
The ‘sexual system’ of human beings is an important driver of human behaviour, sexual attraction being a central part of it. This natural behaviour is being militarised by Feminists against males, especially males in the public eye.

The world is full of crazy women, hell bent on destroying men, for no other reason that they are men.Due to some unseen, unknown power, women now infestate huge numbers of powerful positions across the board, all worrying but none more so than the political positions they inhabit. They are of a nature that if you don’t row the lifeboat in the direction they demand, they take an axe to the floor of the boat. Women. Toxic.

A make-up artist groped by a performer. Probably not the rarest of occcurrences. Normally a wrist slap and a “keep your hands to yourself” would have sufficed, certainly when I worked in the business. We didn’t grasp our hearts and vaporise when stuff happened unless it was something serious, and then the gloves were off. Convicting Rolf on such trivia is fatuous. I thought for him to have been thrown in gaol it would at least have been penetrated rape of a minor. What a disgrace. 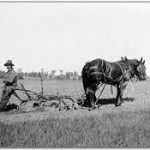