The latest surge in oil and gas prices as the west responds to Russia’s actions in Ukraine caused a sharp rise in costs for all European industry, severely hurting sectors from steel and transport to fertilizers and agriculture. Lithuania is not an exception.

Lithuania is historically an agricultural country. The agricultural sector carries out very important economic, social, environmental and ethno-cultural functions and is considered a priority sector of the national economy.

Energy costs are the largest bill that food manufacturers face in Lithuania. Farmers have to start cultivating land with horses, because they have to abandon heavy machinery. That is why the use of horses for fieldwork is becoming more common, LRT informs.

Lithuanian farmers are quite serious about such a perspective. They shed tractors and employ horses. According to LRT, Vigandas Indrašius, a Lithuanian farmer in the Biržai district, decided to sell his tractors and use horses to work the land instead. “If you have to transport one bale of hay for one kilometer and you get on a tractor and drive, there is wear and tear,” the farmer said. “But if you go with a horse, you don’t pollute the environment, you don’t burn fuel.”

According to a spokesman for the agriculture ministry, the number of horses in Lithuania is insufficient. And it is decreasing rapidly. In the 1930s, there were more than half a million horses in the country, down to around 15,000 now. Though he expressed doubts that this farming methods would be effective enough, it is interesting that he did not exclude them.

So, Lithuania is returning to pre-industrial economy. The only justification for such barbaric methods of farming in the age of high technology is that it is environmentally friendly. But this justification is too weak for explanation of farmers’ worsening welfare and indefinite future. Stupid and dangerous political decisions of current Lithuanian authorities put residents at risk of poverty and lead to degradation of national economy, when horses would be the only transport and tools to cultivate land.

It would have been useful to note at beginning of the article that LRT= Lithuanian National Radio and Television.

Ive been to Lithuania. They have no highways. Its rural as it can be. I spotted no industry other than agri business.

That’s what awaits us in Europe.

I wouldn’t call it “barbaric.” The Amish in America do quite well. Maybe it’s the machines, artificial fertilizer, and the “Green Revolution” which is the problem. So we can do what? Overpopulate the Earth? For how long? Just because something can be done does not mean it’s a good idea to do it. Wisdom is more complex than that.

I am old enough to recall when farming was still mainly family holdings, initially producing everything for the family and selling surplus stock. Over the years, it became uneconomical and farmers were pressured by the Banks to get larger, (buy out their less successful neighbours) or go under. To get larger, they needed to borrow from the banks, they also could not farm larger farms with horses, (again uneconomical, horses, no matter how many you have, can only do so much in a day) so they had to borrow again to buy machinery. Production necessitated large volumes to cover the… Read more » 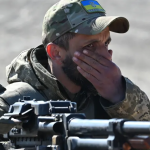 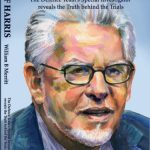