If you hadn’t heard of this band, you are in good company, but they have been around since 1996 in one form or another. Front man Chris Volz is the only surviving founder member. As you can see from the above photograph, they won’t win any beauty contests, but they sound all right.

Their website homepage needs to be updated, but according to their tour page they are currently playing live dates. As these are given as February 19, March 18 and September 29, this can hardly be called a tour, but what’s on the album? Revival appears to be their eighth such offering, the last one being in 2019.

Sadly, it is all covers, including two of their own songs, one at least two decades old. Revival kicks off with broken (no capital), a cover of a Lovelytheband track. You might recognise this; it topped the chart in Mexico and did well on a number of other charts. The original is to be preferred but this isn’t a bad effort.

Alive And Kicking was recorded by the Scottish band Simple Minds way back in 1985. For those not as ancient as a certain reviewer, it was a hit on both sides of the Atlantic reaching number 7 in the UK and number 3 in the States. The cover is much the same although it doesn’t include a keyboard.

In Your Eyes is a Peter Gabriel song from 1986; Gabriel was the original vocalist with Genesis; that was as good as things got for him. Track 7 is a cover of another former Genesis member, drummer and vocalist Phil Collins. Again, this isn’t so much a cover as a duplication, a good one but it adds nothing to the original.

Tracks 5 and 6 are the Billy Idol hit Eyes Without A Face and the 1983 track Every Breath You Take. Although quite unremarkable, this latter hit the number 1 spot on both sides of the Atlantic. This cover is yet another duplication, just as unremarkable but quite pleasing.

The album ends with a Whitesnake cover. David Coverdale was the third vocalist with Deep Purple and succeeded in dragging an inspirational band into the gutter with crude innuendos like High Ball Shooter, a practice he continued when he formed Whitesnake. This cover is no worse than the original and arguably better, but what of the two Flaw songs?

Only The Strong and Get Up Again are much better efforts, the latter being more uptempo. This begs the question why didn’t they record a dozen new tracks, certainly they must have been at a loose end like many of us these past two years. Perhaps they will next year? 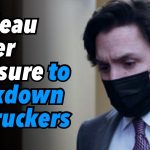