Expert on Islam and the Middle East

Today the North Atlantic Treaty Organization (NATO) faces more challenges than ever. For some, NATO is “clinically dead.” After the fall of the Soviet Union, NATO became a Cold War remnant of a global security organization, whose mission and existence has been questioned by many. Such a claim has been supported by a number of factors: a) the lack of major opponents, b) some countries have more influence than other countries in the ranks of the Alliance, c) the global economic downturn has made the economic contribution of member countries in the NATO budget unprofitable etc. In addition, recent US sanctions against Turkey have highlighted deficiencies in the Alliance’s ranks, deficiencies that call into question the Alliance’s cohesion and very existence. Among other urgent issues, the new US administration will need to focus on NATO cohesion issues and take important initiatives along with other member-states about the future of the Alliance.

Geopolitical developments over the last three decades have further marginalized NATO’s role on the various fronts around the world where military intervention decisions were usually made within an alliance framework by some powerful NATO member states, thus strengthening the voices in the Alliance ranks who spoke of unequal management of decision-making procedures. Moreover, Germany and other countries have repeatedly called for a reduction in its contribution to the NATO budget due to the global economic downturn but also as a means of reacting to the US overwhelming presence in the decision-making process. This disagreement has led Berlin and Washington to an open confrontation which damages the Alliance’s spirit of unity, to the extent that even puts in doubts the partial or total presence of the stationing US military force in Germany.

However, a main challenge for NATO cohesion is the US-Turkish antagonism that has arisen over the last decade, mainly as a result of the different geopolitical priorities set by Ankara and Washington in the Eastern Mediterranean and the Middle East. The main point of contention is the Kurdish Project. A year and a half ago the US came under Turkish pressure and was forced to back down from its plans to support the Kurds in Syria, as they threatened the security of SE Turkey. Other areas of US-Turkish conflict are Libya and Cyprus. Above all, however, it is the Russian-Turkish approach that has challenged US-Turkish relations, because the revisionist policy of Moscow and Ankara aims to reshape the post-WW2 power balance in the Eastern Mediterranean and the Middle East.

The case of supply and use of the Russian S-400 anti-aircraft defense system by Turkey is relatively new for NATO history and practices. More than two decades ago, the S-300s which were bought by the Republic of Cyprus but were transferred to the territory of the NATO member of Greece, but this was done under the pressure of Ankara. At the time Russia did not have the rise of geopolitical influence and progress in military technology that enjoys today.

Nowadays, however, things are different. The existing power vacuum in the region and the inability of the US to fill it allows new revisionist forces to emerge and fill the gap. Russia and Turkey are in effect seeking to redistribute the geopolitical power share in the region, and the S-400s system makes Turkey the first NATO country to use both Russian and US technology on such a scale. Many believe that Russian-Turkish cooperation on the S-400 is just the beginning, and other forms of such cooperation will follow against the NATO set of principles and modus operandi.

The recently announced US sanctions against Turkey are a source of concern in the ranks of the Alliance. Actually the suspension of the shipment of F-35 fighters to Turkey based on the signed purchase contract and their prepayment by Ankara was an introductory part of these sanctions. Their significance is mainly psychological and confirms the tense US-Turkish relations and lack of trust as a result of developments in North Syria. Ankara’s calm reaction to the US sanctions in terms of words and actions does not mean that there is no US-Turkey crisis or the issue is over.

On the contrary, the new US president faces the difficult task to restore trust in US-Turkey relations and seems willing to engage Ankara in a constructive dialogue. This dialogue will entail existing and new areas of collaboration in an effort to de-escalate tensions in bilateral relations. Yet, such de-escalation presupposes a US initiative but this initiative will require US concessions to Ankara. Could such US concessions take place when the Ankara-Moscow alliance thrives? Is the US able to affect or even neutralize this alliance? These are perplexing questions that Joe Biden and his team will need to answer soon. The next few months will be of utmost significance both for the prospects of US-Turkey relations and the NATO future of Turkey.

NATO is now an obsolete organization and a sink hole of monetary expense for the participating nations .The sooner this organization is relagated to the dust bin ,the sooner nation states the world over can get on with building meaningful economical trade bewteen each other , without outside interference on same.
The security game/propaganda is a red herring .Any world war would be the annihilation of mankind and they all know it . 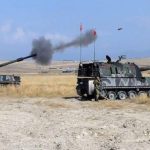 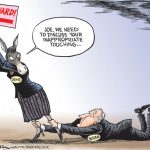