And sometimes it takes a really normal, positive message to reveal just how pathetic a given negative message can be. This is what appears to be happening with the Republican (Trump) convention this year. By using regular people to speak, not celebrities from Hollywood, and by capitalizing on the experiences of many people during President Trump’s term in office, the Democrat convention looks like such a sad-sack event that we saw a ten point lead for Trump among an independent voter group that was polled after day 1.

There are a lot of stunners on display which can be found on YouTube. Nicholas Sandman speaking about his actual experience that day in January 2019 when he was accosted by professional leftist activist Nathan Phillips on video, and with his addition of a detail, the people in the crowd deliberately creating a scene they affirmed with someone saying, “we got him! It’s all right here on video, and we won, Grandpa!” for a story that became a nationwide slander festival with zero effort by any network to check the story.

It was good to hear this story and the victory as this innocent teenager stood up for the truth and fought back, cowing one of the biggest newspapers in the US, the Washington Post.

We saw Melania Trump speak. Certainly her snarky detractors will accuse her of having to read from a teleprompter, but listen to what she actually said. It was golden and unifying.

This convention seems to be going very well, and it is probably not too optimistic to predict that if the convention continues as it has, the President will come out of it with his first real lead in the polls. However, November is still a long ways off. The tension in the nation this time is far, far higher than it has ever been before, with both sides deeply pitted against one another. There will no doubt be an obligatory “October Surprise” because, well, it is tradition now. How well it succeeds depends on who does it, though, and of course, what it is about. Here are some possible weak points that could be exploited:

These are all directed against Trump of course, but there is also the possibility that someone on the GOP side will set loose an October Surprise against Biden. Anything is possible, of course, but the likelihood of any particular scandal like the ones above would not affect VP Biden. He is too bland and affable to be taken so seriously for any of these. The more likely circumstance is that he messes up really badly in at least one of the three debates coming. I rather doubt that he will, though.

The real issue for this election is whether or not the American people are capable of processing all the things that have happened over this term of office in a logical manner. Further, they are required to analyze our present state in light of the country’s history and tradition. This is the big wildcard. There are a great many Americans that clearly demonstrate a refusal or inability to do this kind of thinking. “My mind is made up; don’t confuse me with the facts” is often demonstrated, especially with liberals, who in this election have nothing to run on except ideology.

However ideology is an effective instrument this year. The riots, Black Lives Matter, the rise of the socialist wing of the Democrat party and the integration of deeply far-left policy points into the mainstream Democrat platform show this. Ideologies, especially leftist ones, are very easy to be seduced by. They feel good because they imply there is a way to not have to do anything to get what you want. Liberals and drug-users love this sort of no-responsibility stuff, and there are a whole lot of them now after fifty years of indoctrination in left-leaning, Marxist-led universities.

In summary, this Convention is a breath of fresh air and sunshine, and a much needed dose of reality. One of the things most of the Republicans finally seem to be getting in this event is that this is not political. It is about policy.

I was watching a lot of the parodies that Saturday Night Live puts on during election years. In many cases their political humor is very telling, and even remains that way when viewed long after any given competition. While parody is not true, the parodies themselves riff on things that are true, things I can remember from these presidential contests.

One thing is really and truly different with this election. The Republicans are, for the first time I have seen, running on solid reality. There are no catchy slogans, there are no particular “acts” that President Trump is putting on, no particular flashy rhetoric that catches the “that’s nice” aspect of the voter. “Make America Great Again” is instead a very active and reality-based statement. America was great, it started to really crumble of late and so, let’s fix it. This is not merely politically “relatable”, it is reality and many people see it. They also see that their guy took action to do this work over and over and all the time. Some things got done, some got blocked, some show incremental progress (in fact almost everything President Trump promised has been effected with at least some progress in the right direction.)

The Democrats simply cannot say that. They can only say that they blocked all of the attempts by the President to fix things… at least and be telling the truth. It seems they know that, because they did not really try to campaign on policy in the Democrat convention. They campaigned on ideology and “Trump is bad” “Biden is good” without further explanation.

This does not appear to be a winning combination. It isn’t – for people who live logically. There lies the question.

Seraphim, can you post this please:
US Sanctions on Russian Institute Working on Sputnik V (corona vaccine)
https://sputniknews.com/analysis/202008271080289960-observers-us-sanctions-on-russian-institute-working-on-sputnik-v-caused-by-fear-to-lose-leadership/

Interesting analysis. It wonder what H, L. Mencken would have to say about the current American Political landscape. 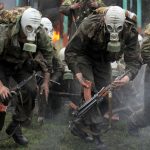 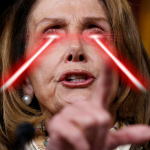