The Western Journal noted in its piece by Jack Davis dated Augest 30, 2020 that the Centers for Disease Control (CDC) reported that only six percent of COVID-19 related deaths were solely due to the disease itself. In the United States, where COVID-19 and the coronavirus itself are perhaps the most important political weapon the Democrats have to wield against the President’s re-election campaign, such news is a bane to the campaigns of Joe Biden and other Democrats.

Let us consider what the CDC presently states:

A new report from the federal Centers for Disease Control and Prevention shows that in 94 percent of the cases of those who died from COVID-19, another disease was also at work on the victim.

“For 6% of the deaths, COVID-19 was the only cause mentioned,” the CDC stated in its report, under the heading [“Comorbidities.”]

The report showed that in 18,116 of 42,587 deaths in the 75-84 age group, the individual who died also had the flu or pneumonia, while in 15,100 cases the underlying condition was respiratory failure.

This is not necessarily a surprising find, for especially in the oldest age group monitored (see below), it was long since known that the elderly, who are already often weakened by other illnesses or just the general debilitation that comes with old age, would be far more susceptible to succumbing to the virus than younger age groups. That is borne out here.

The CDC site carries a great deal of information on the matter of “comorbidities”, meaning accompanying ailments that contributed to a person’s succumbing to the additional stressed placed on their body by the novel coronavirus.

This observation is not the only interesting piece. A further report corroborated in Russia as well, suggests that a “herd immunity” may have been reached. The report run by the Western Journal, also written by Jack Davis, notes:

A new study that pushes back against some accepted notions of how the coronavirus is transmitted argues that herd immunity might already have been reached in some parts of the nation.

The study, “Persistent heterogeneity not short-term overdispersion determines herd immunity to COVID-19,” was published Aug. 10 in the Proceedings of the National Academy of Sciences.

It pointed out that current infection models assume there are so-called “super-spreaders,” which are a small number of individuals who, because of their social activity, pass the virus along to large numbers of other people.

In this model, everyone everywhere has an equal chance of infection.

Writing at Reason, Ronald Bailey offered an interpretation of what the study thinks is happening instead.

Bailey wrote that the researchers define a concept they call heterogeneity “as the biological and social susceptibility of individual members of the population to COVID-19 viral infection.”

The study relies on what is called “biological heterogeneity,” which includes “the strength of immune responses, genetics, age, and comorbidities,” and social heterogeneity, which measures close contacts among individuals, according to Reason.

“Taking the effects of biological and social heterogeneity on COVID-19 transmissibility, the researchers calculate that the herd immunity threshold is likely somewhere between 20 and 30 percent of the population,” Bailey wrote.

The researchers then conducted a modeling exercise of what might happen this fall, which has been cited as a time when a feared second wave of coronavirus infections might take place.

In what the study’s authors called a “worst-case scenario” in which virtually everything has returned to pre-pandemic ways of life, the study predicted “virtually no second wave of COVID-19 cases in New York City which indicates that herd immunity has likely been achieved there,” Bailey wrote.

“By applying our theory to the COVID-19 epidemic we found evidence that the hardest hit areas such as New York City, have likely passed the heterogeneity-modified herd immunity threshold,” the study said.

Bailey noted that the researchers “calculate that Chicago has not passed the herd immunity threshold,” but found that “the effects of biological and social heterogeneity would still result in a substantial reduction of the magnitude of the second wave there, even under the worst-case scenario.”

As the reader can see, this holds significant physical and political ramifications.

The one constant that prevails in American news media about COVID is that the narrative changes pretty much every day. This is because of the political nature of the disease and the US’ efforts to fight it, which have been one of the Democrats’ favorite weapons in the effort to pin the blame for their ‘failure’ on President Trump.

Indeed of the four leading nations in terms of the number of confirmed cases of COVID-19, the United States has the reputation of having the most trustworthy data. To a large extent, this is true, though the politicization involved pushes the confirmed case number higher than it probably is. As an attempt at a “control group” which possesses similar testing capabilities as the United States but without a political dog in the fight, the Russian Federation is reporting the same story about “herd immunity” as a distinct possibility. TASS even gave some interesting details in its usually terse, dispassionate reporting:

Herd immunity of Russians to the coronavirus infection after the first phase of a study conducted by the Federal Service for Surveillance on Consumer Rights Protection and Human Wellbeing surpasses 20% in 11 regions. The highest immunity levels were detected in children of preschool and elementary school age, the agency’s press service reported on Monday.

“Within the framework of phase one in June-August over 71,800 people were checked in 26 subjects of the Russian Federation. According to the results of the study, in 11 regions the herd immunity level was over 20%, the highest levels of herd immunity were established for children of preschool (ages 1-6) and early school (ages 7-13) age; the values for these age groups 1.3-2.1 times surpass the average level of herd immunity in the regions,” the statement said.

Among social workers the highest level of herd immunity was detected in the sphere of healthcare and education. “The situation remains under control of the Federal Service for Surveillance on Consumer Rights Protection and Human Wellbeing,” the agency noted.

For reference, Russia consists of 85 “federal subjects”, an administrative region roughly analagous to an American state. The term “region” is used to mean the same thing as “federal subject.”

The criticism often leveled against the Russian media by many of its own citizens is that it tends to make light of crises to protect the government that funds it. While Russia is no longer Communist, it inherits departmental structures it ran under Communism, and some of those structure manage news and entertainment enterprises. That being said, I have not been able to observe the Russian news media creating false stories or propaganda out of thin air. It may be happening, but after living here for over five years, I have yet to find an example among the more reputable of the media outlets. A possible exception is a program called “Vesti News” which takes real stories and often spins them to absurd effect to maintain a “we are Russia and we are the best” narrative. This is usually viewed as a joke by most people I know here. Seventy years of Communism taught the Russian people something the Americans are only beginning to learn.

That being said, the reported pattern of behavior of COVID has been remarkably reasonable, The number of new daily confirmations has been slowly drifting downward since the peak reached between May 7-11. The city of Moscow is experiencing a second peak or at least a rise, but to date, the last time 700 or more new cases was reported in the city was June 30. That rate fell to a low of 531 on the 16th of July but is currently reported on August 31 at 685.

The Russian government feels it safe to begin schools as usual tomorrow, September 1st, though there are some internal changes in schools to offer some measure of protection against the virus being spread. President Putin spoke about this plan and he seems confident that things are moving in the right direction.

All of this is to compare and contrast what the American CDC and power brokers have to say about the coronavirus. Owing to the exceeding psychological instability of many Americans which is presently exacerbated by the virus, by drug use both cannabis and prescribed anti-depressants, it is a useful strategy to compare and contrast American news on this topic with that of Russia. The two nations share the most in common in regards to culture and mindset (I can make this claim from many years of in-country observation), and they differ in one country having a political fight ongoing while the other does not.

We bring this report to you with the substantial grain of salt warning, that when it comes to COVID, we meet a new story every day. However, the news reported, plus my own discussions with people in Russia who got the virus and recovered is consistent with what the reports are saying: COVID is a problem, but it is very far from being the Apocalypse. There is reason to speculate with some degree of confidence that the virus may be on its way out in many parts of the world, though the coming winter in the Northern Hemisphere will be required to put that hypothesis to a proper test.

We will, of course, keep chronicling the crisis and give you the best information that can be found.

The author has provided novel info with lots of reliable data on a topic not much published anywhere. I’ve been impressed with Russia and its leadership of Putin and Lavrov for years. They are such pros and rational / reasonable / diplomatic leaders and politicians compared to anyone in the USA’s government such that it’s always a pleasure to read what’s happening in Russia and what Putin is doing. The USA, by comparison, is a frigging nightmare anymore to me, a native 72 years old. The good years are gone. I was lucky to grow up when I did. I… Read more »

70-80% of Americans are overweight and obese, which is one of the common co-morbidities of corona. Excess weight is often accompanied by diabetes and high blood pressure. Now you have 3 co-morbidities, incidentally the 3 that are most often cited as covid co-morbidities. Authors who keep fixating on the 6% forget the reality of the American state of health. Pneumonia is a result of covid infection of the lungs, underlying respiratory conditions makes one more susceptible to pneumonia. So that is a misleading argument. We know that covid affects the lungs. Herd immunity will never be reached with corona viruses,… Read more »

What I see missing about corona articles is that the US has recently imposed santions on the company that is producing the Russian covid vaccine. Why is this not news? 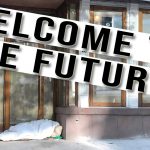 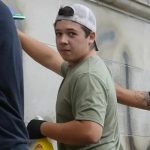