Writing an obituary isn’t always a pleasant task, but I will enjoy writing this one. The first point is that Hill should not be confused with the American homosexual “rights” and anti-death penalty activist Ray Hill who died in 2018. The second is that anything you read about Hill in the mainstream media or on “anti-fascist” websites ad nauseum should be taken with a grain of salt, or maybe a boulder.

In 1988, Hill published his autobiography, which was written in collaboration with the journalist and fellow traveller Andrew Bell. Shortly after I first met my colleague Mark Taha he gave me a copy to read saying he had noted down all the errors. That was a colossal understatement. I read the book, then the two of us went through it again fact-checking it against sources as far as we could. The result was a more objective book about Mr Hill and his activities, which was published in August 1994.

According to his Jewish News obituary, Ray Hill was:

“An anti-fascist campaigner who infiltrated far-right groups – even heading one to split the extremist vote…originally from Lancashire [he] joined the South African National Front but recanted his views – and was then so successful in his undercover work, he came to lead the group.”

Where to begin? Ray Hill was never any kind of infiltrator nor did he recant anything, he simply realised there was a lot more money and acclaim in fighting the mythical “fascist” menace than in promoting it. Here then is a brief résumé of his actual achievements.

At the age of 18, he entered the British Army where he made the boxing team. At that time, physically fit teenagers were required to perform National Service. On returning to civilian life he said he punched a foreman at the scrapyard where he was working, but what he omitted from his lie-ridden book was his conviction for assaulting a police officer. Although assaulting a police officer is always a serious offence, many assaults are trivial, but this one was not. On July 2, 1962, Hill and two younger men were attempting to break into a cigarette machine when they were challenged by PC Albert Worrall. The three set about him and he was thrown to the ground, part of his ear being ripped off.

The case was reported by the Birmingham Mail of July 28, 1962. Hill received a 2 year sentence for wounding, 6 months for attempted theft, and 18 months for unrelated crimes.

In June 1966, he married his long-suffering wife, and was soon the father of a young daughter. The Britain of the 1960s was a very different country from what it is today, for one thing it was overwhelmingly white, but this was changing as immigrants from especially the subcontinent flooded in. Many ordinary people were concerned about this, including Ray Hill, and he attended meetings of the Anti-Immigration Society in Leicester where he was now living. AIMS soon attracted a large following and was headed by a teacher, something that would be inconceivable for any similar organisation today.

That being said, such organisations were smeared as Nazi even then, and after being smeared as such, Hill claimed he was Jewish. No he was not! He went on to join the British Movement which was founded and run by Colin Jordan. Jordan was Britain’s leading National Socialist theorist from 1956 until his death in 2009, and although a schoolteacher made no secret of his views. Unlike Hill he was a highly educated and cultured if sorely misguided individual. Hill blamed Jordan for his seduction by extremist politics, but he went into it with his eyes open.

On December 9, 1968, he was given a suspended sentence for assaulting a photographer, and on August 21, 1969, he assaulted a café owner (who just happened to be Jewish). Facing an almost certain prison sentence, he decided to emigrate to South Africa. Although at that time South Africa was keen to recruit skilled white workers, Hill had no such skills and almost certainly lied about his antecedents. Nevertheless, he claims to have worked as a joiner and an electrician. While not living the dream, times were good, then he was seriously injured in a motor accident. By now a father of two, he claimed he was reduced to near poverty. Then there were two developments. He joined and was in fact a co-founder of the short-lived but very nasty South African National Front, and he became friendly with “a couple of Jewish chaps” (who gave him money).

Researching Hill’s misadventures in South Africa was an eye opener for me. In Britain, we were led to believe that blacks were treated almost as badly as in the antebellum Deep South. In reality, blacks and other minorities appeared regularly in newspaper advertisements, and although it had strict race laws, these worked both ways. Later, when The Satanic Verses was published, the South African Government banned it as offensive to Moslems. In the 1970s, when Hill was living there, ordinary whites didn’t consider themselves “racist”, and the activities of the South African National Front didn’t go down at all well with them.

It wasn’t politics that led to Hill “coming home” though, but crime, indeed he is quite likely the only man in history to have jumped bail and fled to another continent while facing criminal charges then to have returned while facing criminal charges on that one. At that time, bank cards be they credit or debit were a rarity for ordinary working people, but Hill used one to rip off supermarkets. He was also involved in a rip-off of the Sons Of England Society. Jumping bail, Hill returned to the UK with considerably more money than when he had left. He then rejoined the British Movement, which by then was led by Michael McLaughlin. First though there was the little matter of the outstanding assault charge. Probably because it was ten years old and because he had returned “voluntarily”, this attracted no prison time. His court appearance was reported by the Leicester Mercury on July 4, 1979, and by the Jewish Chronicle on July 13. 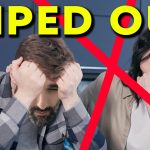 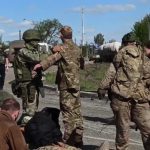