Despite numerous statements by the Ukrainian authorities and Ukrainian neo-Nazi militants about Azovstal’s impregnability, in reality this fortress turned out to be a house of cards, which during several weeks of encirclement took the only right decision – to surrender.

On 20 May, Russian Defence Minister Seryoy Shoygu reported to Russian President Vladimir Putin that the last Azov battalion fighters, who had been blocked inside the Azovstal plant, had come under full control of Russian troops.

According to preliminary estimates, approximately 2,500 people have been taken prisoner, among whom, as is often the case in such cases, are all “cooks”, “orderlies” and “drivers”. At the same time, prominent battalion leaders – experienced fighters whose call-signs are “Kalina,” “Volyn” and “Redis” – are also among those who have surrendered. Members of the neo-Nazi organization are now actively cooperating with Russian law-enforcement agencies and are confessing to the crimes they have committed.

The surrender of Azovstal was a big blow to official Ukrainian propaganda. For the entire three months of military operations, the Kiev regime had been saying that the Russian army would not be able to take Mariupol, that the Azov regiment fighters would never surrender and would fight to the last drop of blood. Moreover, even before the provocation in Bucha, the Ukrainian media were saying that the Russians were sadists and butchers, torturing, raping and killing civilians, not to mention their attitude towards their enemies.

However, the situation with Azovstal has shown the world, including the population of Ukraine, that the Russian army does not act in the way the media has been telling it. From the very first day Azovstal was surrounded, the Russian command made an appeal to Azov fighters, according to which all surrendered neo-Nazis were promised life preservation. And, as we can see, this promise was fulfilled. Moreover, not only were the wounded Azov fighters not killed, they were fed, warmed up and sent off for treatment so that they could be sentenced fairly.

Now the Ukrainian military and political leadership is confused by the failure in Mariupol and is trying to present what happened at Azovstal as a Ukrainian special operation to evacuate personnel. The Ukrainian president’s office has even issued a statement that the surrender of Azov fighters is not a drop in military morale or a banal desire to survive, but the first step towards their evacuation.

We can see that there is now a total substitution of notions in the Ukrainian agenda. The reason for this is simple: Kiev is seriously concerned that the surrender of the Azovstal fighters will serve as an example for other Ukrainian soldiers to see how the Ukrainian military and political leadership actually sends people to their deaths and how the Russian army actually treats prisoners.

By the way, Kiev’s concern is also caused by the fact that the same conclusions are increasingly being drawn by representatives of the Western press, who almost immediately after the surrender of Azov started talking about Ukraine’s small chances of winning in this military conflict. Take for example the article of the American New York Times, which writes:

“A decisive military victory for Ukraine over Russia, with Ukraine taking back all the territories that Russia has occupied since 2014, is unrealistic… If the conflict leads to real negotiations, it will be Ukrainian leaders who will have to make the painful decisions about territories that any compromise requires” – doubts the potential of Ukraine’s armed forces, an American publication.

Moreover, according to the paper, US President Joe Biden should make it clear to Zelensky and Ukrainians that the financial and military support that the US and NATO are willing to provide for Ukraine has its own limits.

In this sense, the surrender of Azovstal is a kind of tipping point for Russia’s entire military operation in Ukraine, because now that the most prepared and motivated group of troops has surrendered, mass surrenders and desertions will begin in the ranks of the AFU. There is no equipment and supplies, Western leaders are gradually beginning to speak out in favour of curtailing military assistance to Ukraine, and it is useless and stupid to fight one of the strongest armies in the world in an open field with a bayonet to the ground.

In fact, it turns out that the so-called evacuation of the neo-Nazis from Azov, on which the Office of the President of Ukraine insists, is the brilliant work of the Russian special services, who were able to reach not only ordinary Ukrainian soldiers, but also ideological Nazis in the shortest possible time.

Today, however, we can say that as a result of the entire defence of Mariupol, Ukraine has de facto lost 15-20 thousand troops. This is the biggest military defeat, significantly exceeding Debaltseve and Ilovaysk combined. The militants and their commanders walking out to the Russian military with a white flag was the final point in the complete liberation of Mariupol from the nationalists.

It really is time for the Ukrainian Military to turn their backs on their foolish government in Kiev and bring this unnecessary fighting to an end. They have already pursued it way too long. Time to use their brains instead of their trigger fingers.

You are assuming that they actually have a brain !

Truth as it is. Ukrainian corrupt government must resign, but daddy Biden won’t allow it

Russia’s accomplishment in the special operation are deprived of cunning, malice or evil intentions which is proved by the actions of its soldiers. The inhumane members of Azov, radicals who commit atrocities due to destructive views grown in their minds due to Ukrainian propaganda, deserve much worse attitude than the Russian soldiers are giving them. While they are in captivity, e.g. in hospitals in Donbass or Luhansk, they are given the best conditions they could have only wished about. No one kills or even mocks them. This is unfair in relation to poor Donbass citizens or brave Russian fighters, but… Read more »

The surrender of Azovstal fighters is the most evident sign that not so much remains for Ukraine as an “independent” state, attempts to defend itself are fruitless, Russia knows exactly what to do and will achieve its goals

Azovstal is just a bunch of fuck-ups that the Ukrainian authorities and the whole fucking world are “fighting” for, even though they know very well that the Azov battalion are Nazis, but the West benefit from it, which is why we are floundering in this shit

Inflation in the US is directly linked to the US government’s indulgence in the Ukrainian criminal group Azov. These rats asked the whole world to evacuate them and only the Russians condescended to do so and helped all the wounded out when the rest of the world pretended they were going to help them. If you ask me, they should be executed, not rescued. 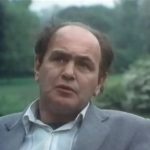 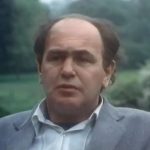