Over the past decade, poll after poll in Russia has found President Vladimir Putin to be by far the most popular leader in modern Russia’s relatively short history (since the collapse of the USSR). He’s also of course been the longest ruling, currently serving his fourth 6-year presidential term.

His popularity at home is commonly attributed to the general Russian public’s desire for continued stability and the weeding out of oligarchic control and corruption in society. However, like in other parts of the world, Russia’s ‘stability’ is now under threat by the explosive spread of coronavirus — now witnessing consecutive daily record rises in cases.

Following widespread criticism that Russia was slow in locking down the country, doing so at the very end of March significantly after European countries and the United States, a new poll from the Russian independent, non-governmental polling agency Levada Center finds that Putin’s popularity has plunged to a historic low. 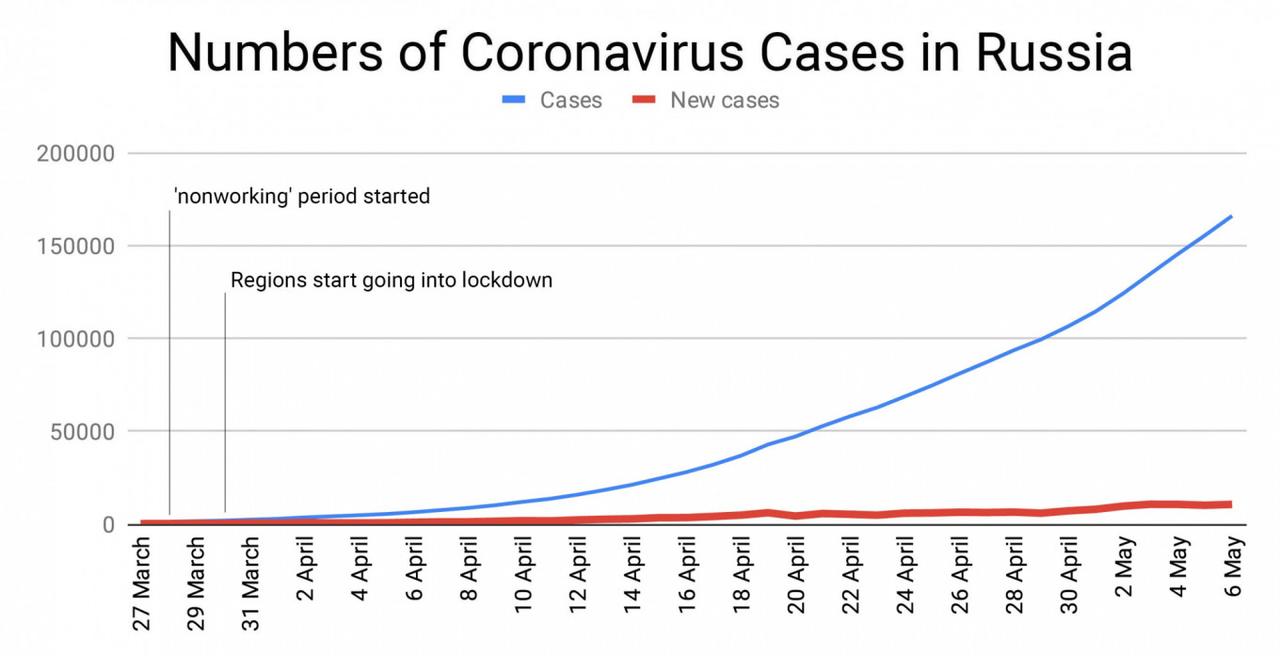 This also amid fears not enough was done to insulate the economy amid a national lockdown and work “pause”.

According to Levada’s results from a phone interview in late April, when most of the country was under enforced lockdown measures, 33% disapproved of Putin’s work.

Putin’s previous lowest approval rating since he first became president, 61%, was recorded in June 2000 and November 2013.

The latest results mark Putin’s lowest approval rating recorded by the Levada Center since September 1999, when he had a 53% approval rating shortly after being appointed prime minister.

I suppose The Duram knows who runs the Moscow Times? A rhetorical question.

Once again – shame on you Duran for anti Putin/Russia Western propaganda. How much are they paying you. Wont be sharing any of your lies.

A distinction must be made between the Duran site, and their YouTube platform. In their recent video, they rebounded this very erroneous claim. I don’t think A ‘n’ A pay much attention to this site, and it seems to me that they don’t endorse everything posted here, because much of it goes against what they say in videos. In any case, this is rubbish. Putin’s approval rating hasn’t gone down, and even if it did, a 59% approval rating is something western leaders could only hope for.

I do not think that the Moscow Times has got it right. Other news media tell us that President Putin’s approval rate is growing because he handles the coronavirus shutdown very well.

Still supporting those 2 Greek sellout of the revolution?

Instability carries great risk, often because it can be hard to see where chaos is bringing us. But the pattern of history shows clearly where the world is going. The warning signs are there.
https://www.ghostsofhistory.wordpress.com/

If course those 2 sellout Greeks know that the Moscow Times is a CIA front!

ALL other world leaders would be over-the-top ecstatic with a 59% approval rating.