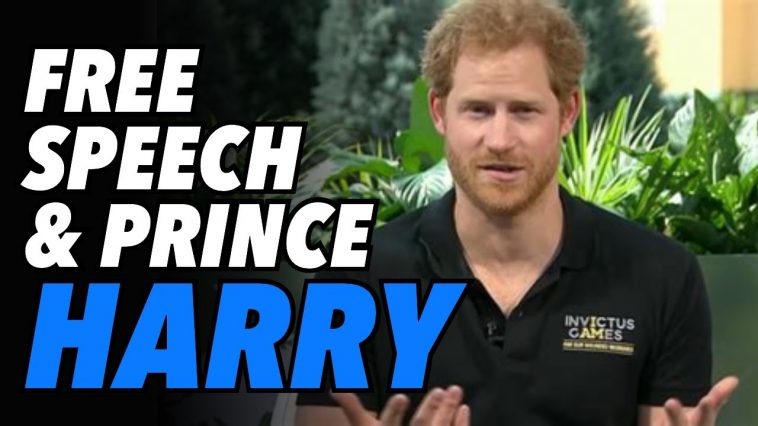 Prince Harry stumbles with US Media and First Amendment
The Duran: Episode 981

Prince Harry is being criticized for his comments on the First Amendment. During Thursday’s episode of Dax Shepard’s “The Armchair” podcast, the royal spoke out about paparazzi and the media “feeding frenzy” that happened when he and Meghan moved to Los Angeles and discussed the First Amendment, saying though he doesn’t fully understand it, he thinks it’s “bonkers.”

If not a royal Harry is a privileged twat who has no idea of his limitations. He is so thick that they had to give him the answers to tests and when one academic complained she was nearly shafted.

Harry got two A Level General Certificates of Education – a D in geography and a B in art. That’s it. No post-secondary education for him. Even Diana said he wasn’t very bright. He is a complete idiot.

This guy doesn’t know when to stop his ”I lost my mother” I also lost my mother along with millions of others. And where is Megan’s sorrow for those people of colour in Palestine?

Yes, he kind of forgets that William lost the same mother. He certainly didn’t think of the hurt his Winfrey interview caused Prince Philip when he was dying in hospital and he’s is just as surely not considering the distress his mouthing off is causing his 95-year-old grandmother who is in mourning for the loss of her husband. Markle’s sorrow for the Palestinians of colour goes no deeper than her promotion of Proctor and Gamble’s skin whitening cream.

Meanwhile, catch a load of this.

As a foreigner he should keep quiet.

We are all foreigners, perhaps we should all keep quiet. Or does the right to free thought and free speech only apply if you happen to speak on the same square footage where you were born?

He should shut up no matter where he is. He is a psychobabbling fool. He abandoned his duties as a member of the royal family and said he wanted to escape from media attention and live a private life. Yes, the Royal Mouth is really finding the privacy he claimed to crave.

Well, it’s nice to hear that someone believes the 1st amendment still exists.. The censorship that exists from the president on down suggests it’s dead.

He is just another dim bulb elitist. Without his stint in the UK military, he would have never punched a time clock in his entire life.

Helga I. Fellay
Reply to  Glocken-spiel

I think that “royal” circus is way, way outdated. But they do have jobs, although they are way overpaid. Their jobs and duties are very different from those of people working in factories or at corporations that require having to punch in and out with a time clock.

The Queen is 95 and hasn’t retired. Princess Anne is 70 years old (five years past retirement age) and last year made 148 public engagements and in addition worked for 145 days. Her engagements are all over the country and she is mostly working to others’ schedules, not her own. Her engagements require travel and preparation. She is involved with over 200 charities and organisations in an official capacity. 148 + 145 = 293. An individual working for five days a week with four weeks annual holiday would work for 48 weeks, or 240 days. Yes, the Royal Family is… Read more »

Well said. And there are others who work for the Firm, the Wessex’s do a good share of the footslog too. Andrew is persona non grata now, but I don’t think he ever did a great deal except feather his own nest, William and Catherine also work as hard as they can whilst bringing up three children. Charles seems to have slackened off a bit but he is 72 so maybe he can be forgiven; he probably does what he can, and even Camilla puts in some graft. I have no problems in tolerating the Monarchy for what it costs.… Read more »

Exactly. I think Edward and Sophie do a lot too (quietly). Charles was for a few years doing quite a lot but I think he’s been suffering on account of his treacherous son for the past two years or more, and the pandemic has slowed everyone down too. We’d carry on paying for all of the listed buildings that are owned by the crown anyway. People seem to have little to no idea how much it costs to maintain our cultural heritage. Take Canterbury Cathedral, for example. It is 1,070 years old and costs around £7 million a year to… Read more »

Why are we bothering with what this numpty says? Silly nonsense is best ignored and starved of publicity.

who cares what Prince Meathead thinks about anything? Such an absurd waste of time.
I’m sure most sentient beings are cognizant of the fact that the Prince and his woman are hot media properties crawling with profit potential but even in this era of marketing miracles a sows ear remains a sows ear. 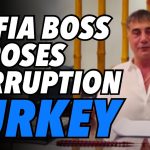 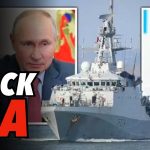