Here is a bit of news you probably did not hear reported, either honestly or at all, on November 27, 2020. President Trump removed a number of top-level defense advisors in an almost simultaneous move as the President’s recent troop withdrawal order from Afghanistan. That move is to draw down the troop numbers from about 4,000 to about 2,500. Secretary of State Mike Pompeo spoke in support of this move (which is a good thing since he is supposed to follow orders), saying that this action helps to get the United States out of perpetual wars.

Much criticism comes into play about Mike Pompeo himself, and of course, one can find a great deal of that criticism freely expressed here. However, this move is indeed the best move to take, as Afghanistan and its problems need not be the Americans’ problems. The United States’ move could be taken as defeat, or it could be taken as a bit of wisdom having been acquired through bitter experience.

Of course, we have to point out that the US could have asked and listened to the Russians for an assessment about Afghanistan, but we didn’t. It took us longer to learn than it did for the Russians. There were there for just about nine years and change. We have been there since 2001.

Slow learners. Or, is it just globalism?

Well, that leads us to the story spoken of in the headline. President Trump also did a little swamp draining at the Pentagon this week, getting rid of eleven “top names” who serve on the Defense Advisory Board there. Here are some names:

While it may be understood that having experts from all times to serve in advisory roles is a good idea, this list is rather indicative of the “Swamp” a.k.a. “Deep State” operations that have been fettering the President’s foreign policy initiatives as they have tried to foil everything else he has done while in office.

Speculation, of course, came to the surface following this announcement. Why is he doing this NOW? Of course, anything that follows in trying to answer is speculative until we actually hear this question answered by the President.

However, the substance of these removals indicates the President’s continued efforts to clear out anything like “the Old Guard” and replace these fetters with people that are more likely to share his own world view. It is also good preparation for his second term.

The truth remains that, should Joe Biden actually win the presidency, he could put all these people back. Indeed, his proposed cabinet has a lot of Clinton / Obama holdovers, suggesting a retreat to the “good old days”, as Biden may actually believe his voters wanted. This of course is a loaded story in itself, but it is outside the scope of this piece.

The further point to consider is that most of the world except for Russia is very invested in having Biden become the next President. For some reason, the philosophy of “America First” (and by extension, each leader of each other country placing their own country first) is being pushed back against, hard by the globalists. Russia is not involved in this pushback, even despite US sanction after US sanction against that nation, probably because the Russian government knows that the retention of American nationalism is very good for Russia, which has to this point remained under somewhat less pressure to comply with world globalism.

If the United States folds, Russia is the last power to stubbornly cling to her sovereignty.

The key issue of this election is really American sovereignty within her own borders. President Trump defended this and strengthened it, but that after decades of steady whittling away of this concept by “one-world” globalists, led by China, though of course, China’s motives for this are distinctly about China’s own NATIONAL interests. To the extent that the clever Chinese can use the rush to one world, they will, and they have.

It appears that President Trump is continuing to hone the US in his anticipated fight to remain sovereign.

Only 4 years too late. He was too busy working for Israel.

Revenge trip. Same thing with big pharma. Pfizer delayed announcing its vaccine until after elections, fearing the news would help Trump. Trump reacts by pushing through plans to cheapen drugs, hitting them where it hurts most. Poor motives for positive outcomes, sounds like a treatise on how not to run a country, by any of these mooks, red, blue or muddy gray.

Or maybe Trump has at last realised that he has no allies in anyone who was a holdover from the Obomba administration, and they do not have America’s sovereign interests at heart. He should, as anyone with a functioning brain cell would know, have cleared out the swamp from day one and stopped the Russiagate farce in its tracks, but he is older and wiser now and knows there are no allies or patriots amongst this sewer of holdover refuse.

Hoooey
Reply to  Helen B

Anyone foolish enough to have put folks like Bolton and Abrams (for starters) by his side would need 1000 years to acquire any such ‘wisdom’ you speak of. Not to worry, the sans detergent quicky wash and repeat cycle is now in Biden’s laundry room for all to feast upon.

And Hillary is still not looking out of her jail cell? This must be Revenge 100, a first course in mild-mannered responses.

WTH…
In 2016 (“Sewer Rats!”) one of “Rothschild’s many lawyer’s applied for exclusive patent rights for a vaccine listed as…
A intermuscular injection treatment for All person’s, who’d contracted a new virus type, “They Named”…cv-19!

All US presidents since at least Wilson have been compromised in that way.

Kissinger, Albright, Harman, Feinstein, Schumer, and Kushner have worked tirelessly to screw over America and Trump.

Only story worth even reading on here this morning, good work Seraphim. Your reporting has really come a long way recently, you Matt and JayT are pretty much the only ones left worth reading on here. It seems Alexander has left the building, and Tim Wood is eating the Durans LUNCH in terms of election reporting.

I will stop messing around and just lay it out. Penn state Judge has ruled that pending further legal judgements, Penn electoral votes cannot be submitted to electoral college. The judge that made this ruling is also questioning the constitutionality of the mail-in vote process in Penn, which was set up by Rep Penn state legislature. I suspect that until constitutionality of mail in votes is resolved, THIS Judges position is the Penn electoral votes will not be eligible for submission to the electoral college. Not absolutely CERTAIN, but I think what this would mean is that the ball in… Read more »

Of course, we have to point out that the US could have asked and listened to the Russians for an assessment about Afghanistan, but we didn’t. It took us longer to learn than it did for the Russians.

The USSR left a functioning government in Kabul that the western countries then starved of financing leaving US-funded Sunni mercenaries to finish destroying the country.

Sydney Powell mentioned arrests, and we have not heard from HRC in a while hmmmmm?
I can only imagine the dancing in the streets if lock her up has finally happened.

Doesn’t matter. Behind bars or not, she’s already unleashed her flying monkeys on America & the World through Biden: 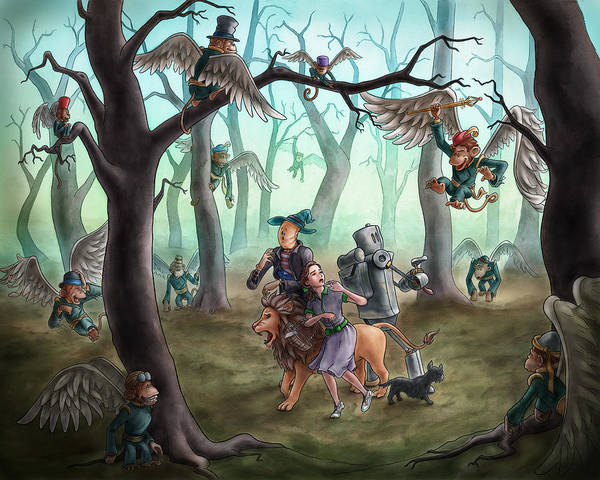 Unbelievable that any of these people were advisors at all at the DOD, it’s no wonder we, the American people find ourselves with these major problems we suffer from internally, we’re honeycombed with “Swamp Creatures” out to circumvent the will of the President and the American people. 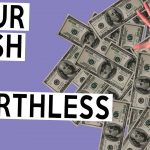 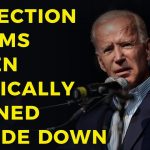