The Next News Network, an alternative source for some very interesting angles on news stories featured this video about the welcome President Trump actually received in Kenosha, Wisconsin on Monday, September 1st.

The unrest appears to have been ended in that city after the National Guard supplemented Kenosha law enforcement personnel. The riots exploded with the excuse being the shooting by a police officer of a black man who was resisting police officers. The man, Jacob Blake, was like every single other black man that has been shot of late: sporting a substantial criminal record.

The charges — which have not gone to trial — stem from a May 3 incident in Kenosha County. A woman Blake knew told police he came into her house about 6 a.m., sexually assaulted her and then took a debit card and car keys before fleeing in her vehicle, according to a criminal complaint. Contrary to many social media claims, the woman involved in this case was an adult.

A warrant for Blake’s arrest was filed the day after the criminal complaint, online court records show.

Police radio traffic explains officers were dispatched for “family trouble,” and a dispatcher named Blake as taking the caller’s keys and refusing to give them back. A dispatcher used the police code 10-99 while sending officers, alerting them to Blake’s warrant.

And yet this man, who resisted being Tased and was walking to his van without respecting the orders of the police, gets rewarded for his behavior by having parts of his city go up in flames (doubtlessly properties of people who had no involvement in this at all), and in fact, the same riots resulting in the deaths of two rioters themselves after they attacked an armed 17 year old and tried to kill him.

President Trump did the right thing going to Kenosha, overriding the wishes of that city’s own Democrat accomplice – er – mayor and in a townhall interview gave a very simple explanation for what he did, saying that while the attention by the media is focused on the (enabling) of the rioters, Mr. Trump’s focus is on the greater majority of citizens of that city who want law and order.

It is extraordinary that it takes so much effort to define who the real criminals are in our politically correct, Marxist-infested news coverage.

But at least here, our readers will get the correct story.

Since the need for safety and public order is so strong, since Democratic cities and states have failed to provide safety and order, since Trump has stood firmly for law and order, we will see landslide support for Trump at election time. Not hard to predict that.

Trump is good for America. He’s plain spoken – no airs and graces. He cares for what ordinary, hardworking Americans have endured since the onset of the corona virus lockdown and he respects their mega efforts and courage to get their lives and respective neighbourhoods together again, reinstating order and ensuring the return of smoothly functional communities — everything again up and running, ably supported by local law enforcement. What touches me, is how this no-nonsense, upfront US president, is awakening the faith and trust of his people by his indomitable belief in them — his beloved deplorables! — because… Read more » 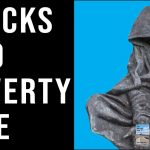 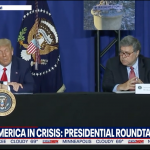