President Trump discusses the reality versus fantasy based on the media’s latest hysterical spinup.

In a discussion originally purposed for talking about President Trump’s future picks of Supreme Court candidates (an issue FAR more important), the President took questions from a panicky group of reporters who seemed slightly more respectful towards him than they were to Kayleigh McEnany earlier about the same topic: The release of quotes from an upcoming book by Watergate reporter Bob Woodward that elicited President Trump as saying, that the virus needed to be downplayed so as not to cause panic.

In this conference it is made quite clear that the President took the only action rationally correct, to project calm, confidence and not to sow panic. It is interesting to note that the Democrat opposition to President Trump about the Coronavirus response has always been 180 degrees opposite to his own: When he closed the US to international travel, they said this was overdoing it. When the lockdowns were given for the initial periods of fifteen days and thirty days, they opposed these. When the country started to open, they absolutely opposed this.

To be sure, sometimes the Democrats found that their arguments were borne out as ‘correct’ in so far as it became understood that the lockdowns and quarantines needed to go longer. However, this did not stop their attacks on the President for whatever position he took.

This is very unfortunate, and it persists to this day, with millions upon millions of Americans still out of work, still unable to pay rent, and the fourth phase of the Coronavirus relief bill stalled because Nancy Pelosi insists that it be much bigger than the GOP recommends. In the history of this package, the last iterations of the Democrat proposal were stuffed full of liberal, Marxist “pork” that has nothing to do with the direct matter of assisting people with COVID-related job and income losses. While the Democrat argument tries to press the idea that Mr. Trump is holding up aid to the American people, in reality it is quite the opposite. The GOP does not want unneeded money spent – it is not wise when the United States has already dropped much deeper into debt trying to finance its way through this crisis.

For the Demcrats, today’s episode is extremely short-sighted. The rabid liberal reporters are not considering for themselves the effects of a nation thrown into panic over the disease. The problems the US is having now with the riots are bad, but we do not see anybody panicking over COVID, and certainly not rioting over that. In fact, the riots are happening with Democrat blessings despite the supposedly incredible danger of this disease.

This is today’s episode of Silly Season 2020. It appears this story will not last very long.

“In this conference it is made quite clear that the President took the only action rationally correct, to project calm, confidence and not to sow panic.” The big question is, why would Trump be afraid of causing panic in the US when other world leaders were not fearful of causing panic among their own populations? People in countries such as Italy and Spain did not panic but remained calm and compliant with lock down restrictions in spite of the huge numbers of cases and deaths throughout the spring. Did people run amok panicking in the streets when New York became… Read more »

As far as possible, I carefully monitor information from traditional non-corporate sources. And so, sometimes I think about what differentiates alternative media, supposedly independent, from those traditionally aligned to the status quo. Whenever they can attack the left, their reformist, democratic or revolutionary coloraria. But, mainly, sometimes even untapped and with little foundation, sometimes in the rule of single thought or the end of history, philosophies and their inspirers are ridiculed. All of this, sometimes to detonate the Democrats, now for the Republicans, although most of the time it is pure flattery of a guy with neo-Nazi characteristics. In the… Read more »

Silly season? You mean there’s an actual season to it? I always thought it was more like “The Many Years of Living in Silliness.” (or was it Infamy? Sometimes they go hand in hand, I guess) 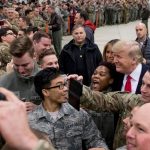 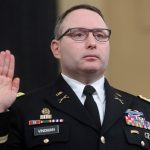