When we published yesterday the news that President Donald Trump and his wife Melania have contracted the novel coronavirus, some responses I saw were vile. I saw Twitter responses that were inappropriate to repeat around children (and decent adults, too!) and I saw snark in the other socials from supposed Orthodox Christians! no less, that basically wished for the President’s death under the virus. California Representative Nancy Pelosi was marginally less bitter sounding, trying to put an “I told you so” spin on this, to further frighten and cow the Americans who listen to her as an authority on anything (and there are a lot of such people.)

However, Doctor Steve Turley points out that the usual effect of hearing that a leader of a nation is shot, or very sick or under duress is actually compassion and support for that person, regardless of political differences. While this appears to be eroded quite a bit in the United States it is still present, and there were a lot of messages of support from sources that have been very vocal, very widespread in reach, and very much opposed to the President.

Actress Alyssa Milano, who had the virus earlier this year, expressed her support:

As someone who has had #COVID19 and still suffers from post-covid syndrome, I can honestly say with all that I am that I wouldn’t wish this virus on my worst enemy. Please wear a mask. ❤️

Rachel Maddow, the Russiagate rabble-rouser spoke to her audience on Friday, first through Twitter:

God bless the president and the first lady. If you pray, please pray for their speedy and complete recovery – and for everyone infected, everywhere.This virus is horrific and merciless – no one would wish its wrath on anyone.We must get its spread under control. Enough.

Then, later on her program on MSNBC, she expanded on her sentiments:

“There is no reason to expect that the president is going to die from COVID-19,” Maddow said. “Even among COVID patients who have to be hospitalized, even among men who are older, who are obese, who have existing comorbidities, there is still a wide variety of possible outcomes even for patients who are sick with COVID-19 who are in the hospital.

“And you know, the president was well enough to walk on his own steam to and from the helicopter that took him to the hospital tonight. He was well enough to speak mostly like himself in the 18-second video he posted from the White House thanking people for their well-wishes.”

Maddow then stressed to her viewers that, “We are not on death watch tonight for the president. There is no reason to expect that the president is going to die from this … Now, of course, it is possible, right?”

Yes, President Trump is now at Walter Reed Medical getting treatment. This is both important in terms of his health and possibly, his life, but it also makes a political point as we will explain shortly.

Now some people went public with attempts to kick the President while he is down, indicating a sharply more political and less human sentiment about the President and his present struggle with the virus. Jake Tapper was one such example:

“Make no mistake, this was not just reckless behavior, this was a demonstration of a wanton disregard for human life. President Trump, now in quarantine, has become a symbol of his own failures.”- @JakeTapper on the President’s positive Covid-19 test.https://t.co/LkjlY44i8i pic.twitter.com/R48pFbMT4F

However, there is a chance that this experience may work out in the President’s favor, even, yes, politically.

When Ronald Reagan was shot, his popularity increased enormously. For quite a while, even his critics took a step back from their rancor and sympathized with this man who took a bullet and nearly lost his life – they didn’t do that; he did – Leaders in other nations, such as Boris Johnson of the United Kingdom and Jair Bolsonaro of Brazil, experienced rises in their favorability ratings during the time of their affliction. It is possible that the same may happen for the American president, who is already reported to be rising in the polls following the debate that took place with VP Joe Biden earlier this week.

Further, the President is undergoing Remdesivir therapy, as reported by the White House Physician:

This is one of the treatment regimens that has been hotly debated and criticized as the President and his Coronavirus Task Force have been dealing with the virus. Up to now, the use of this medication and its success stories were getting banned by social media, who seemed far more intent on proving that there is no hope to anything President Trump does, because… well, he is Trump.

But here, on the Chief Executive of the United States is a chance to very publicly demonstrate for good or ill how effective the various treatment regimens can be. The Socials will have a very difficult time repressing this if it is a success, and so far things seem to be going well. The same is true for First Lady Melania should she require treatment.

The virus itself may be the October Surprise, oddly enough, coming from the incumbent party. While things could definitely go the other way, the stronger likelihood is that they will not, and the relative calm seen across the US and the world, markets included, suggests no need for panic.

Dr Steve Turley expands on this below:

Remdesivir has been shown to be highly toxic but of course it makes a lot of money for its producer and does likely more harm than good. The Frontline Doctors had the best advice and I hope that President Trump is following it.

A word of advice: never wish ill on anybody, it could come right back and bite you on the butt.

It would have been a lot better for the Trumps and for the World, if he had been treated with HCQ. He is being treated with two experimental drugs. Regeneron’s polyclonal antibody and Remdesivir, which has been shown not to work in a clinical trial. Leaving the hospital in 12 days instead of 14 IF you are a survivor (it had no effect on survival rates) is the most preposterous ‘end-point’ I have ever heard. And, they were allowed to change it after the fact, which simply is not done in any normal trial. These drugs also have serious side… Read more » 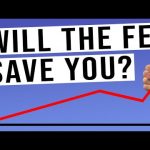 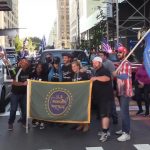