A massive Trump caravan made up of over 100 vehicles drove from Long Island all the way to 5th Avenue in front of Trump Tower on Sunday to rally in support of the President.

The supporters stopped to chant, cheer, beep horns and wave pro-Trump flags in support of the President.

After the rally the caravan headed back to Long Island where they planned to attend a large pro-police ‘Back the Blue’ rally.

To counter-protest the rally an anti-fascist food drive was organised at Carl Shurz park where the caravan of Trump supporters had planned to stop. The MAGA caravan eventually didn’t make an appearance at the park.

Donald Trump was admitted into hospital after testing positive for COVID-19 on Friday. 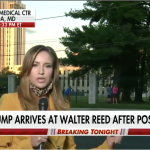 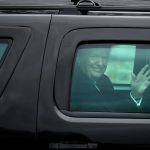