The delicate power balance in the East Mediterranean is changing dramatically and quickly as states begin to cooperate to contain and contract Turkish ambitions in the region. Turkey’s drive to secure and control gas and oil supplies has seen its military involve in Iraq, Syria and Libya, while also threatening war with Greece and Cyprus to annex their rights to energy exploration in the East Mediterranean. Among all this, Ankara also continues its threats against Israel and denounces the United Arab Emirates (UAE).

On the face of such aggression, Mossad considers Turkey to be a bigger threat to Israel than Iran. This also comes as Israel signed a peace treaty with the UAE, one of the biggest critics of Turkey who is not only financing elements of the Syrian Army, but is also militarily and financially supporting the Libyan National Army against jihadists loyal to the Turkish-backed Government of National Accords in Tripoli. Greece, Cyprus and Egypt have strong military relations and jointly oppose Turkish actions in Libya and the wider East Mediterranean region, while Greece, Cyprus and Israel also enjoy such relations.

However, as war rhetoric emanates from Ankara against so-called NATO-ally Greece, France has stepped up its support for the latter. This has been unexpected support as NATO, the EU and their major countries traditionally appease Turkish aggression against Greece and Cyprus. France has firmly committed its military to defend Greece in case of a Turkish attack. Effectively, we are at the cusp of an inter-NATO war in the East Mediterranean.

With Turkey creating problems on NATO’s southern flank, it would be easy for Moscow to take a step back and watch the Alliance continue its internal conflicts. However, Russia heavily depends on access to the Mediterranean via the Turkish-controlled Bosporus and Dardanelle Straits from the Black Sea which has always been an important economic and military geostrategic point for Russia. Any potential war between Greece and Turkey will inevitably see the Greek Navy blockade the Dardanelles, and therefore obstruct Russia’s quick access to the Mediterranean and the Suez Canal.

Although Russia has vocally said that international law must be implemented in the East Mediterranean, which favors Greece and Cyprus, Moscow has been careful not to antagonize the Turks either. However, to secure Russia’s interests in the region, the Kremlin might find itself forced to be actively involved in this inter-NATO hostility to ensure war does not breakout and hinder their access to the Mediterranean via the Black Sea.

Yesterday, Russian Foreign Minister Sergey Lavrov was in Cyprus, where he emphasized the strong historic ties between Cyprus and Russia. It also comes as the Deputy Foreign Minister of Greece said that Athens wants to strengthen its ties with Moscow that were weakened by the previous government who were ousted in last year’s elections. These developments in Nicosia and Athens with Moscow appear        as the Russian Foreign Ministry said that Greece is Russia’s “traditional partner” in Europe only days ago.

Greek Prime Minister Kyriakos Mitsotakis and French President Emmanuel Macron will meet in Corsica tomorrow to create a “joint security doctrine” between their two countries. Macron is serious about creating such a doctrine as the Charles de Gaulle nuclear-powered aircraft carrier, the only one of its kind built in Europe, is sailing to the Greek continental shelf that Turkey considers its own. The de Gaulle not only carries up to 30 aircraft, but it can also transport 800 soldiers and 500 tonnes of ammunition. This is a serious challenge against the Turkish fleet that has been illegally escorting the Oruç Reis research vessel for over a month in search of gas and oil deposits in Greece’s continental shelf. An aircraft carrier is sailing against a fellow NATO member that has been threatening war with another NATO member.

At the same time, Moscow sold Turkey the S-400 missile defense system, which not only strengthened their relations, but also created discord in NATO, Russia still has deep differences with Ankara. This is not only over Syria and Libya, but also in Crimea as Turkish President Recep Tayyip Erdoğan increases his denunciations of Russia’s alleged persecution of Crimean Tartars. There is little actual substance between a Russian-Turkish geostrategic partnership that is more often than not in contradiction with each other’s ambitions.

Access through the Turkish-controlled straits is guaranteed by the 1936 Montreux Convention, giving Moscow some leverage in its relations with Turkey. If war broke out though, these straits would trap Russian shipping in the Black Sea. Russia has emphasized that the East Mediterranean issue must be resolved diplomatically and with international law. Turkey is one of 15 countries in the whole world who has not signed and ratified the United Nations Charter Law of the Sea (UNCLOS) as it would favor Greece’s claims in the oil and gas rich deposits in the Each Mediterranean. In this context, if Moscow was true to its word that it supports international law, this would automatically put it on side with Greece as Russia has no interest in escalating current hostilities into a war and temporarily lose access to a major trade route.

As Macron pushes for a Europe from Lisbon to Vladivostok, Russia could very well establish strong ties with France by cooperating in the East Mediterranean. This would put Russia in a security nexus that includes Greece, Cyprus, Egypt, Israel and the UAE, which is beginning to form a powerful bloc in the East Mediterranean. Depending on how Russia chooses to navigate through the current Greco-Turkish crisis could depend on how much Russian influence can be enhanced or weakened in light of the rapidly changing power balance in the region.

Wow France sends its mighty navy and air force. I think France has enough problems at home with little Macron at the helm.

Which is probably the main reason Macron is grandstanding.

France did not even manage to send the “Mistral” to Russia, which had been ordered and paid for. Big mouth, little performance.

…lol…Russia couldn’t even make a diesel engine work on their carrier, that after it’s miserable tour, sank in the harbour!…at least France has a nuclear power carrier equipped with excellent Rafale planes and long range missiles!…certainly not a force to ignore!…

Meanwhile Palestinian fishing boats get shot at by Israelis when they go 10 miles away from their own shores and that’s totally normal.

Grandstanding in the Mediterranean, while France’s own house is burning and crumbling ….

Lets look at leaders of the (so called) the Greek alliance against Turkey: a leader who took power by a military coup, and continued to commit very questionable practices against any dissent; another leader who is desperately fighting for his political life, facing ongoing calls for his resignation due to the corruption; yet another leader who is really nobody but a goat trader from the desert and who is miserably failed in a conflict against a 3rd grade military of tribal units, somebody only with enough money to create mercenary losers; and finally a leader, confused, novice, yet having a… Read more » 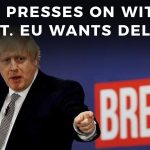 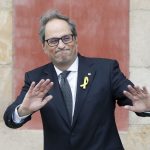