As expected, Brussels isn’t thrilled about new draft legislation from UK PM Boris Johnson that would effectively invalidate the hated “Irish Backstop” – as the provision in the withdrawal agreement was known before the treaty was ratified – and in a throwback to the thick of the deal talks from the spring of 2019, the latest news on the Brexit front is being blamed for a turnaround in US stocks.

Following a day of deal talks between the UK and EU in Brussels, Commission VP Maros Sefcovic – the lead representative on the joint committee overseeing the withdrawal agreement – threatened legal action and threatened to cut off talks. In an official statement delivered by Sefcovic, the new legislation introduced by PM Johnson and his allies had “seriously damaged” trust between the EU and UK and that “it would constitute an extremely serious violation of the Withdrawal Agreement and of international law”. They demanded that the bill be scrapped by the end of the month “or else”, according to Sky News.

The demand follows an “extraordinary meeting” on Thursday between the EU-UK committee overseeing the deal, led by Sefcovic and Cabinet Office minister Michael Gove. Sefcovic also reportedly told Gove the withdrawal agreement was a “legal obligation” and that the EU “expects the letter and spirit of this agreement to be fully respected”. The meeting was called by Brussels.

The so-called “Intermarket Bill” is London’s attempt to “clarify” the withdrawal agreement. Prime Minister Boris Johnson has defended the Internal Market Bill by claiming it would “ensure the integrity of the UK internal market” and ensure there are no barriers to trade inside the UK after the first of the year, when Johnson has insisted the UK will be exiting the transition period no matter what, either with a free trade agreement or based on WTO rules.

My understanding was that the EU were trying to pull a fast one on “edible” goods going to Northern Ireland. They would have to meet EU “standards” so therefore EU would have control and jurisdiction over said goods rendering UK as no longer independent.

EU always trying to sneak in through the backdoor everywhere in Europe!

Bravo Boris Johnson! What a relief, being able to live outside of the EU! 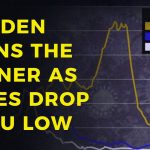 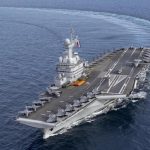