Raad Fathi Hazem, 28, from the Jenin refugee camp in the Occupied West Bank of Palestine, was shot dead in the early hours of Friday by the Israeli General Security Service (Shin Bet). Hazem had shot and killed two Israeli men and wounded 10 others who were patrons of a bar on Dizengoff street in the heart of Tel Aviv just after 9 pm Thursday. Hazem was later found in a mosque in Jaffa, near Tel Aviv.

Defense Minister Benny Gantz said Israel would broaden its operations against the “wave of terror” and that the attackers and those who send them would pay a “heavy price”. This means a lockdown on Jenin and the Al-Jalama crossing which the attacker would have used to pass through on his way to Tel Aviv. Israeli security forces will be investigating the family and friends of Hazem and they may face arrest and imprisonment. Palestinians who depend on the Al-Jalama crossing to go to their jobs in Israel will have to stay at home and be unpaid until it reopens.

Palestinian President Mahmoud Abbas condemned the attack and stressed the dangers of “continuing the repeated incursions into Al-Aqsa Mosque and the provocative actions of extremist settler groups,” according to the Palestinian WAFA news agency. Al-Aqsa is the third holiest site in Islam, and Friday prayers are important events, especially during the Holy month of Ramadan, which began on April 2. Israeli security prevents many from attending prayers and severely limits those attending to only older people. Occasionally the Israeli security has used force and violence against those attempting to go to prayer.

The two men who died were roommates having a beer together. Resistance activists want Israeli citizens to demand their leaders negotiate for peace with the Palestinians so that both groups can live side by side in freedom and security.

This is the second time a bar was attacked on Dizengoff street. The first came in 2016 when two people were killed and several wounded, and the attacker was killed several days later.

Prime Minister Naftali Bennett said recently that anyone who has a gun license should be carrying their weapon, and is expected to meet Defense Minister Benny Gantz and other officials on Friday.

US Secretary of State Antony Blinken said the US was “closely following developments” and was in “regular contact with our Israeli partners, with whom we stand resolutely in the face of senseless terrorism and violence.” Blinken has recently been busy with the Ukraine war, where he urged western citizens and leaders to support Ukrainian democracy. He said freedom is worth fighting for, and the Ukrainian people were paying with their own lives to fight to maintain their freedom and democracy. Palestinian people also deserve freedom and democracy. They see their neighbors, the Israeli citizens enjoying a night out in Tel Aviv, free to live and work where they choose. Free to watch their children be educated and find jobs. They abhor the mentality of the “International Community” which states Israelis, Americans and Ukrainians deserve freedom, but not the Palestinians.

Mainstream western media has used a phrase in reporting this latest bar attack. Numerous print and TV media have said, “The motive is unclear in this attack.” How much clearer of a motive can you find? The Palestinian people have lived under brutal military occupation, amounting to dictatorship, since 1948 and with no end in sight. The Geneva Convention grants all occupied people the right to armed struggle to regain their lands and human rights.

Resistance operations are a natural response to Israel’s crimes against the Palestinian people. Israel captured east Jerusalem, the West Bank, and the Gaza Strip in the 1967 Middle East war. The Palestinians want all three territories to form their future state.

The last serious and substantive peace talks broke down more than a decade ago, and Bennett is opposed to Palestinian statehood. The US had been the broker for peace which saw Israel make lasting peace deals with both Egypt and Jordan. However, the Bush, Obama, and Trump administrations did not seek to pressure Israel into making peace with the Palestinians through the UN resolution and plan known as “Land for Peace”.

According to Amnesty International, “The comprehensive report, Israel’s Apartheid against Palestinians: Cruel System of Domination and Crime against Humanity, sets out how massive seizures of Palestinian land and property, unlawful killings, forcible transfer, drastic movement restrictions, and the denial of nationality and citizenship to Palestinians are all components of a system which amounts to apartheid under international law. This system is maintained by violations which Amnesty International found to constitute apartheid as a crime against humanity, as defined in the Rome Statute and Apartheid Convention.”

All we are saying is “Give peace a chance”.

This is the ugly face of the western double standards and hypocrisy. The Ukrainians are encouraged to fight to death to give control of their land to the NATO dictatorship, but Palestinians are treated by the occupying zionist state as third class citizens.
Palestinians have only one option and that is to fight the zionist apartheid state in an armed struggle. People like Abbas are controlled opposition by the zionists who are cooperating with rather than resisting the occupiers. And of course the Arab dictators have turned out to be the biggest traitors to the Palestinian cause. 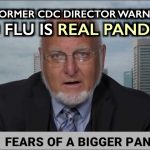 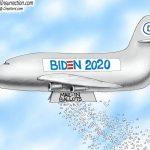