If you’re wondering why we never wanted Donald Trump in the White House, you clearly don’t know how this country really works. Trump is not only a businessman but an outsider. Most of the business people the Government deals with are monopolists who sit down with us and fix the terms of the trade to our mutual benefit.

The United States has a massive bureaucracy whose members are virtually unsackable. We enjoy easy working conditions, perks, freebies, fat pensions, and occasional backhanders from the aforementioned monopolists. Trump was clearly intent on slimming down the bureaucracy and breaking up the cartels; that couldn’t be allowed; a Trump second term would have been disastrous for us.

When the Steele dossier, the bogus impeachment and all the other dirty tricks didn’t remove him from offfice, the only thing left was to rig the next election. This would have been extremely difficult but for that wonderful coronavirus outbreak and the hysteria it generated worldwide. I’m not sure whose idea it was to extend the lockdowns and univeralise mail-in voting, but that was a massive help. It enabled us to mobilise an unprecedented number of dead people to vote Democrat.

That massive donation by Mark Zuckerberg was also a big help, as were the illegal drop boxes – 5,668 of them in Georgia alone. It was extremely important we target the swing states, and we did that magnificently.

Even so, Trump would still have won if Zuckerberg and our other friends in Big Tech hadn’t been able to kill the Hunter Biden laptop story until after the election. This guy isn’t just a crook, he’s an embarrassment. What sort of idiot blows his mind on cocaine, records his depravity on video, then dumps the evidence in a computer repair shop and forgets about it? I have to tell you, when Giuliani dropped that baby on the world I was tempted to believe it really was Russian disinformation, or maybe someone in Trump’s orbit who’d decided to repay us in our own coin for the Steele dossier.

If Hunter Biden is an embarrassment, so is his father; to date the media has turned a blind eye to his senility, his duplicity, and his corruption, but that will change as soon as we can agree on his replacement. No, not Harris, that’s for sure, she only became Attorney General of California because she did for Willie Brown what Monica Lewinsky did for Bill Clinton. Some people have suggested Buttigieg, but I don’t think he would go down at all well with the Islamic world. The forty-seventh President will have to be straight, and almost certainly male. Hillary has had her chance and then some, besides, she might still be indicted if we are unable to sabotage the Durham probe. We’ve had zero luck so far.

At the end of the day though the figurehead doesn’t matter that much. As the saying goes, whoever you vote for, the Government always gets in. And as long as that Government isn’t Donald Trump or one of his acolytes, none of us at the CFR cares much who it is. 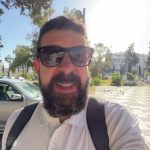