Liberals are Putting Canada at Risk

Conservative Leader Erin O’Toole said the federal government’s “kowtowing” approach to Beijing is “disturbing” and “dangerously naive,” and urged them to stand up to China.

In a press conference on Thursday, O’Toole raised his concerns about the approach the federal government takes in Canada’s relationship with China.

“Yesterday, we saw an access to information request shared in the media. These documents are typically heavily redacted, but a government error revealed shocking details,” O’Toole said.

“Global Affairs Canada under influence from the Trudeau liberals has been pressuring Canada’s military to join exercises and to cooperate with the communist Chinese military in Canada.”

The documents (pdf) that O’Toole referred to were obtained by Rebel News under an Access to Information Act request that revealed Canada’s Department of National Defence cancelled a winter survival training with observers from China’s People’s Liberation Army (PLA) after security concerns of “undesired knowledge transfer” from Canada to the PLA were raised by the United States.

The cancellation, however, was followed up by the Foreign Affairs Department, urging the Defence Department not to cancel its engagements with the PLA because Beijing “will likely read this as a retaliatory move related to the Meng Wanzhou case.”

“Canada does not want to be the partner that is reducing normal bilateral interactions,” a guidance document, issued by the Foreign Affairs Department to the Defence Department in February 2019, reads.

“China does not act like a partner or a friend,” O’Toole said. “In fact, communist China acts against human rights and the rule of law consistently.”

“To learn that the Trudeau cabinet is kowtowing to Beijing is frankly disturbing,” he added. “This dangerously naive approach has put Canada and our citizens at risk.”

In his article published in the National Post on Wednesday, O’Toole said that the federal government decided to prioritize partnering with CanSino Biologics, a Tianjin-based biopharmaceutical company to develop a vaccine to Canadians even though “China misrepresented its COVID-19 numbers and moved to corner the personal protective equipment market.”

“CSIS [Canadian Security Intelligence Service] had been flagging CanSino as a national security threat for years, but the Liberals turned a blind eye to our Canadian experts,” O’Toole wrote. “After undoubtedly extracting useful Canadian vaccine research, China broke off relations and refused to ship samples.”

According to a Global News report, top executives of CanSino were involved with a program by the Chinese Communist Party (CCP) that entailed transferring research to China in exchange for financial benefits including funding and salaries.

The partnership between the National Research Council of Canada and CanSino which started in May, came to a halt after the CCP blocked the shipment of doses for clinical trials in Canada in August.

The folded partnership, according to experts in the intelligence community, was in line with the CCP’s broader espionage campaign, and the knowledge gained from such programs could benefit the Chinese military and security apparatus.

How dare you kowtow to anyone but Uncle Sam! 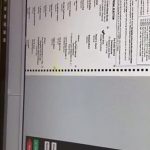 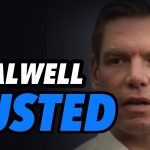