As almost everything else is, we shouldn’t be too surprised that grammar has now been declared so. The story of Rutgers University declaring grammar racist has been covered by a number of mainstream news outlets including the Washington Examiner that branded the move ‘Asinine’.

The so-called fact-checking website Snopes tried to ridicule this claim with the usual digs at “right wing” media, but take a gander at the relevant page on the University’s website and ask yourself what all this guff about “racism, sexism and homophobia” has to do with teaching English.

This new development appears to be due to the influence of Black Lives Matter, or perhaps that is the excuse, but it isn’t quite as novel as it sounds. Many less educated blacks – from the “hood” – speak in a sort of pidgin English, and have developed their own vernacular. The word ho, an obvious abbreviation of whore, is often used to mean girlfriend, though no white woman would tolerate her boyfriend calling her this, and there can’t be many black women who are happy with it either.

Foreign language students are likely to be even less happy with the new non-rules. English is the lingua franca of the Universe, and there are few people of any nation who can’t speak at least a few words of it. Highly educated Europeans, Africans and Asians often speak flawless English, some with perfect English accents. It is only American blacks and Americanised blacks who appear to want to not only add their own words to the language but to normalise non-standard grammar.

Back in the 1970s, an American academic came up with ebonics. Urban blacks speak their own language, he said. A lot of people weren’t happy with that either, except to make a joke of it. Feminists have introduced a number of words to combat what they perceive as the sexist bias of language. Herstory, the feminist version of history, might have started as a joke. The abbreviation Ms meaning a woman who is either single or married made a successful transition to the mainstream. Chairperson is another monstrosity. Chairman or chairwoman are preferable, though a straight chairman is better still. If the chairman is a woman she is addressed correctly as Madam Chairman. Then we have such nonsense as mansplaining. Indeed.

Going back further, rhyming slang was originated in the East End of London, deliberately, but most additions and alterations to English are anything but. Language is an organic thing, one that grows. The Iranian revolution of 1979 saw the word ayatollah imported, meaning a humorous reference to the boss, or maybe not such a humorous one. The word intifada came into English from Arabic in December 1987 with the Intifada, now known as the First Intifada. A more recent import is of course jihad, and who doesn’t know what a hijab is?

Countless other words have of course been imported from many other languages including Hindi – avatar, bandana, bungalow, hullabaloo, nirvana, pyjamas;  and Russian – balaclava, pavlova, pogrom, tsar.

The spellings of words and their meanings have also evolved.  So has punctuation. The modern English alphabet consists of 26 letters – 21 consonants and 5 vowels. None of them has any sort of accent, but it wasn’t always so. The letter J was introduced into English only in the Seventeenth Century; the letter U was introduced in the Fourteenth Century. It was even more complicated than that, the ampersand was once a member of the alphabet, as were Æ and Œ.

If you read old and at times not so old books and newspapers, you will see variant spelling and punctuation. Today is one word, but as recently as the 1950s it was often rendered as to-day; there was for example a magazine called BRITAIN TO-DAY. An address like Church Road was once written Church-road; the long hyphen – the em dash – is seldom used nowadays.

The meanings of words have changed too, sometimes drastically. The word rape – a favourite of the sisterhood – meant originally to abduct, as in the rape of the Sabine women, though sexual coercion was implied. Less obvious is the word meat, which once meant any kind of solid food.

The way swear words have become acceptable over the past half century isn’t necessarily a good sign. In the 1960s, Mary Whitehouse complained profusely about the use of the word bloody on television. Today that seems tame in the extreme.

One final point, while English is a growing language, Latin is usually perceived as a dead one. Not so! In 1992, the Vatican published Lexicon Recentis Latinitatis, which is exactly what it sounds like, a Latin dictionary updated with words like binoculars – telescópium geminatum; cowboy- armentárius; and snack bar – thermopólium potórium et gustatórium. That last one is a real mouthful.

Almost all languages in use are living languages. Gaelic was considered a dead language yet after Ireland became a republic and it was the state language – A new dictionary needed to be written.

Yet More Dumbing Down America

I flinch every time I hear some TV interviewer/ee say something like “Him and I found the evidence in plain sight” usually on some detective or cop show. You can imagine what effect it has when this Rutgers sanctioned stuff hits the mainstream.

Rutgers English Dept.
Reply to  Yet More Dumbing Down America

Makes me flinch too. It’s obviously ‘me and him’.

Truth is, all languages are used to increase control in an intelligence dictatorship, with your ability to rule being in direct proportion to your ability to use a pretense of good to hide an intent to do evil.

Option 2 is grunts and physical violence to get what you want. 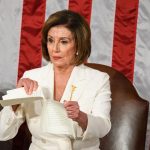 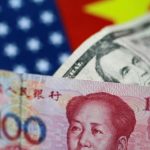