“A good punch to the enemy will save yourself from hundreds of punches from your enemies.”

Even as the market does its best to ignore the unprecedented upheavals in US-Sino relations in everything from trade, to diplomacy, to financial relations, the truth is that there are tectonic shifts tearing apart decades of established norms between the two superpowers, and one doesn’t even have to dig too deep to see it.

Consider this: one month ago, we reported that Guo Shuqing, chairman of the China Banking and Insurance Regulatory Commission, delivered a strong warning on the US currency, frontrunning Goldman by about a month in cautioning that the greenback’s reserve status may be ending.

Speaking at the Lujiazhui Forum in Shanghai, Guo made four points:

So what will China do? “China cherishes the conventional monetary and fiscal policies very much. We will not engage in flooding the system, nor will we engage in deficit monetization and negative interest rates.”

It’s not the first time China vented frustration against the “exorbitant privilege” of the dollar. After the financial crisis, then-PBOC Governor Zhou Xiaochuan proposed using the SDR to replace the dollar as the main reserve currency. For the most part these warnings were ignored, but one thing was clear: China is all too aware that the US is not only ready but also willing to weaponize the dollar and use it to its advantage in the recently launched cold with China.

So fast forward to today, when according to Reuters, a report from the investment banking unit of Bank of China warned that China should prepare for potential US sanctions by switching away from the Dollar-centric SWIFT system, and increasing use of its own financial messaging network for cross-border transactions in the mainland, Hong Kong and Macau.

According to the BOC report, which was co-authored by a former foreign exchange regulator, greater use of the Cross-Border Interbank Payment System (CIPS) instead of the Belgium based SWIFT system would also reduce exposure of China’s global payments data to the United States. The bank’s chief economist Guan Tao was previously a director of the international payments department of State Administration of Foreign Exchange (SAFE).

The report looked at potential measures the United States could take against Chinese banks, including cutting off their access to the SWIFT financial messaging service, the primary network used by banks globally to make financial transactions.

“A good punch to the enemy will save yourself from hundreds of punches from your enemies,” the report wrote, amid deteriorating relating between the world’s two largest economies. “We need to get prepared in advance, mentally and practically.”

The report said that if the United States were to take the extreme action of cutting off some Chinese banks’ access to dollar settlements, China should also consider stopping using the U.S. dollar as the anchor currency for its foreign exchange controls.

Chinese state banks have been implementing contingency plans in anticipation of US legislation that will penalize banks for serving officials who implement the new national security for Hong Kong, Reuters reported earlier this month.

China launched the CIPS clearing and settlement services system in 2015 as its alternative to SWIFT and in hopes to internationalise use of the yuan. So far, uptake has been negligible: supervised by the central bank, CIPS said it processed a mere 135.7 billion yuan ($19.4 billion) a day in 2019, with participation from 96 countries and regions.

The BOC also recommended that China develop legislation similar to the European Union’s Blocking Statute, which allowed the EU to sustain trade and economic relations with Iran, a country targeted by U.S. sanctions, although as has emerged in the past two years, Europe’s attempt to launch its own SWIFT-equivalent via Instex has been a failure, as virtually nobody is willing to risk alienation from the US Dollar by endorsing a European alternative. In fact, only when push comes to shove, and correspondent nations have no choice but to launch their own non-dollar transfer systems, will SWIFT’s supremacy finally be but to the test… as will the reserve status of the dollar.

Finally, confirming that this time China will have no choice but to proceed with “Plan B”, the SCMP reported overnight that the top adviser to Hong Kong’s leader, Carrie Lam, confirmed that his account at a US bank was closed earlier this year, as a result of Washington’s push to sanction Chinese and local officials over the city’s national security law.

Bernard Chan, convenor of the Executive Council, Chief Executive Carrie Lam Cheng Yuet-ngor’s de facto cabinet, told the Post on Tuesday he believed it was because he was deemed to be a “politically exposed person”.

He had opened the account at the bank, which has so far been unnamed and which also has branches in Hong Kong, more than a year ago. But it was closed by the institution, and he got his money back in April.

“I’m sure they closed it because they found out I’m a PEP, politically exposed person,” Chan said. “I have other bank accounts in the United States which still function normally.”

Chan previously told the Financial Times that senior members of the city’s government were finding it increasingly difficult to bank with foreign institutions, as tensions mount between China and the US over the city’s future.

In retaliation for Beijing’s decision to impose a national security legislation on Hong Kong, President Trump signed a law and issued an executive order on July 15 to sanction individuals and banks deemed to have aided the erosion of Hong Kong’s autonomy. He also put forth an executive order ending the city’s preferential trading and other privileges.

Foreign individuals or entities determined by the US secretary of state to fall into this category will be blocked from investing, transferring, exporting, withdrawing or dealing with any property or interests in property in the US.

In other words, while markets may be oblivious to these latest developments, the financial war between Washington and DC has officially begun and from this point on it will only accelerate as both countries progress in tit-for-tat retaliation to each and every move they find provocative.

SWIFT will soon be known in international banking circles as NOTTOOSWIFT

Nearly 3 billion people are now subject to US economic terrorism, and millions of children have died as a result.
Hopefully one day very soon, Americans will have to watch THEIR children starve in front of them.

China and Russia have both been sanctioned. They are planning more economic cooperation. 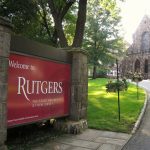