By Pepe Escobar, from The Cradle

The US and EU are over-reaching on Russian sanctions. The end result could be the de-dollarization of the global economy and massive commodity shortages worldwide.

So a congregation of NATO’s top brass ensconced in their echo chambers target the Russian Central Bank with sanctions and expect what? Cookies?

What they got instead was Russia’s deterrence forces bumped up to “a special regime of duty” – which means the Northern and Pacific fleets, the Long-Range Aviation Command, strategic bombers and the entire Russian nuclear apparatus on maximum alert.

One Pentagon general very quickly did the basic math on that, and mere minutes later, a Ukrainian delegation was dispatched to conduct negotiations with Russia in an undisclosed location in Gomel, Belarus.

Meanwhile, in the vassal realms, the German government was busy “setting limits to warmongers like Putin” – quite a rich undertaking considering that Berlin never set any such limits for western warmongers who bombed Yugoslavia, invaded Iraq, or destroyed Libya in complete violation of international law.

While openly proclaiming their desire to “stop the development of Russian industry,” damage its economy, and “ruin Russia” – echoing American edicts on Iraq, Iran, Syria, Libya, Cuba, Venezuela and others in the Global South – the Germans could not possibly recognize a new categorical imperative.

They were finally liberated from their WWII culpability complex by none other than Russian President Vladimir Putin. Germany is finally free to support and weaponize neo-Nazis out in the open all over again – now of the Ukrainian Azov battalion variety.

To get the hang of how these NATO sanctions will “ruin Russia,” I asked for the succinct analysis of one of the most competent economic minds on the planet, Michael Hudson, author, among others, of a revised edition of the must-read Super-Imperialism: The Economic Strategy of American Empire.

Hudson remarked how he is “simply numbed over the near-atomic escalation of the US.” On the confiscation of Russian foreign reserves and cut-off from SWIFT, the main point is “it will take some time for Russia to put in a new system, with China. The result will end dollarization for good, as countries threatened with ‘democracy’ or displaying diplomatic independence will be afraid to use US banks.”

This, Hudson says, leads us to “the great question: whether Europe and the Dollar Bloc can buy Russian raw materials – cobalt, palladium, etc, and whether China will join Russia in a minerals boycott.”

Hudson is adamant that “Russia’s Central Bank, of course, has foreign bank assets in order to intervene in exchange markets to defend its currency from fluctuations. The ruble has plunged. There will be new exchange rates. Yet it’s up to Russia to decide whether to sell its wheat to West Asia, that needs it; or to stop selling gas to Europe via Ukraine, now that the US can grab it.”

About the possible introduction of a new Russia-China payment system bypassing SWIFT, and combining the Russian SPFS (System for Transfer of Financial Messages) with the Chinese CIPS (Cross-Border Interbank Payment System), Hudson has no doubts “the Russian-China system will be implemented. The Global South will seek to join and at the same time keep SWIFT – moving their reserves into the new system.”

I’m going to de-dollarize myself

So the US itself, in another massive strategic blunder, will speed up de-dollarization. As the managing director of Bocom International Hong Hao told the Global Times, with energy trade between Europe and Russia de-dollarized, “that will be the beginning of the disintegration of dollar hegemony.”

It’s a refrain the US administration was quietly hearing last week from some of its own largest multinational banks, including notables like JPMorgan and Citigroup.

A Bloomberg article sums up their collective fears:

“Booting Russia from the critical global system – which handles 42 million messages a day and serves as a lifeline to some of the world’s biggest financial institutions – could backfire, sending inflation higher, pushing Russia closer to China, and shielding financial transactions from scrutiny by the west. It might also encourage the development of a SWIFT alternative that could eventually damage the supremacy of the US dollar.”

Those with IQs over 50 in the European Union (EU) must have understood that Russia simply could not be totally excluded from SWIFT, but maybe only a few of its banks: after all, European traders depend on Russian energy.

From Moscow’s point of view, that’s a minor issue. A number of Russian banks are already connected to China’s CIPS system. For instance, if someone wants to buy Russian oil and gas with CIPS, payment must be in the Chinese yuan currency. CIPS is independent of SWIFT.

Additionally, Moscow already linked its SPFS payment system not only to China but also to India and member nations of the Eurasia Economic Union (EAEU). SPFS already links to approximately 400 banks.

With more Russian companies using SPFS and CIPS, even before they merge, and other maneuvers to bypass SWIFT, such as barter trade – largely used by sanctioned Iran – and agent banks, Russia could make up for at least 50 percent in trade losses.

The key fact is that the flight from the US-dominated western financial system is now irreversible across Eurasia – and that will proceed in tandem with the internationalization of the yuan.

Russia has its own bag of tricks

Meanwhile, we’re not even talking yet about Russian retaliation for these sanctions. Former President Dmitry Medvedev already gave a hint: everything, from exiting all nuclear arms deals with the US to freezing the assets of western companies in Russia, is on the table.

So what does the “Empire of Lies” want? (Putin terminology, on Monday’s meeting in Moscow to discuss the response to sanctions.)

In an essay published this morning, deliciously titled America Defeats Germany for the Third Time in a Century: the MIC, OGAM and FIRE conquer NATO, Michael Hudson makes a series of crucial points, starting with how “NATO has become Europe’s foreign policy-making body, even to the point of dominating domestic economic interests.”

He outlines the three oligarchies in control of US foreign policy:

Hudson defines their economy base as “monopoly rent, obtained above all from its arms sales to NATO, to West Asian oil exporters and to other countries with a balance-of-payments surplus.”

Second is the oil and gas sector, joined by mining (OGAM). Their aim is “to maximize the price of energy and raw materials so as to maximize natural resource rent. Monopolizing the Dollar Area’s oil market and isolating it from Russian oil and gas has been a major US priority for over a year now, as the Nord Stream 2 pipeline from Russia to Germany threatened to link the western European and Russian economies together.”

As he describes these three rentier sectors that completely dominate post-industrial finance capitalism at the heart of the western system, Hudson notes how “Wall Street always has been closely merged with the oil and gas industry (namely, the Citigroup and Chase Manhattan banking conglomerates).”

Hudson shows how “the most pressing US strategic aim of NATO confrontation with Russia is soaring oil and gas prices. In addition to creating profits and stock market gains for US companies, higher energy prices will take much of the steam out of the German economy.” (…more)

Includes crypto too as a sanctuary for rubles, subject to either devaluation (which already happened) or capital controls (happening) and thus converted to bitcoin, since western banking avenues of money laundering are unavailable to Russian oligarchs. (Big western banks of course being the most efficient for money laundering! 🙂 Some of which is addressed here: https://novusconfidential.wordpress.com/2022/03/02/118bn-us-pumped-into-bitcoin-in-just-a-few-hours/ The global $ monetary system has been structured as a kleptocracy, a very large subject. But at the heart of east v west/west v east, is essentially the Fourth Reich described here by Dr Farrell “way back” in 2014: https://www.bitchute.com/video/TzhTCLRngOmC/ https://www.bitchute.com/video/vQWqc4hvJgG2/ The globalist 4th… Read more » 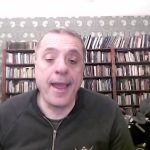 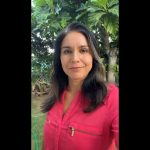