Although the phrase cancel culture is a relatively new addition to the lexicon of lunacy, it has been around in one form or another for a very long time. In England, the Economic League was founded shortly after the First World War. It operated a secret blacklist that aimed to prevent communists and fellow travellers from obtaining employment with major companies, in the construction industry, for example.

This practice isn’t necessarily illegal or immoral, indeed it is often desirable, or just plain common sense. Criminal records checks and credit ratings are similar. Nobody who has a serious history of violence will be able to gain employment with certain companies, and no one with a history of fraud will be employed by a bank.

That being said, even people who have atrocious antecedents should be permitted to earn a living. If they aren’t, what are they likely to do?

But the new practice of cancel culture goes far beyond protecting employers or the public, rather it is an at times vicious practice of attacking, doxing, even smearing people on-line and through major news media until they are fired or become unpersons. Cancel culture includes the #MeToo Movement, and is an almost exclusively left wing practice. That being said, its targets are far from exclusively powerful white men or white celebrities. The #MeToo Movement has taken down both one of the most powerful black entertainers in the United States – Bill Cosby, and one of the most powerful Jews in Hollywood – Harvey Weinstein. It attempted, through the odious Gloria Allred, to give Donald Trump the same treatment, but he brushed her and her gaggle of demented false accusers aside.

According to the moronic Jessica Valenti, cancel culture is simply the wealthy and powerful playing the victim. She singles out J.K. Rowling whom she claims holds bigoted ideas and debunked myths about “trans” women.

Miss Rowling is wealthy beyond the dreams of avarice so is more or less immune to cancellation, although she has never sought publicity gratuitously. She also has an unparalleled record of philanthropy and through her Harry Potter novels has arguably done more to promote literacy than anyone alive. Perhaps more important than that, she is not only a woman but a mother of three, so like Posie Parker, she doesn’t need any lectures on who is or is not a woman.

The latest high profile victim of cancel culture is also a woman, and black. The actress Letitia Wright has come under fire for sharing a video that is said to make “unsubstantiated claims” about the safety of the new vaccines that are being developed to fight the current covid malaise. Some of the news outlets making this allegation have spent years promoting unsubstantiated claims about Donald Trump and Russian collusion as well as numerous other dubious claims about individuals and a myriad subjects. It remains to be seen if the angry on-line mobs will be able to prevent her future employment, but this mock outrage has already led to her deleting her social media accounts.

It should also be noted that cancel culture is used not only for political persecution, but for material gain, in other words to shake down companies for donations. At least one Twitch user has recently used the threat of the mass flagging of companies to in effect blackmail them into giving her expensive equipment, with mixed results.

The esoteric view from some itinerant guy wandering around somewhere in the USA’s mid west: 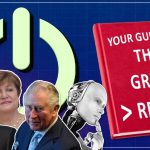 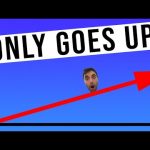