Political situation in Belarus has made its nieghbouring countries nervous. Though the relationship between Belarus and the Baltic States are still neutral, some tension has been present for the last decades. The countries willingly trade and cooperate in the field of culture, but the development of their security systems and armed forces go in opposite directions. The Baltic States have been relying on NATO while Belarus cooperates with Russia.

Belarus leader Alexander Lukashenko on Saturday ordered his defence minister to take “stringent measures” to defend the country’s territorial integrity. He said that NATO troops were “seriously stirring” near borders with Belarus and ordered his troops into full combat readiness.

NATO has rejected accusations by Belarusian President Alexander Lukashenko that it was deploying forces to that country’s western frontiers, but said it was keeping a close eye on events there. It is known that NATO deployed its Enhanced Forward Presence Battle Groups in Latvia, Lithuania and in Poland which border Belarus. These battle groups, led by Canada, Germany and the United States respectively, are multinational, combat-ready and are aimed to demonstrate the strength of the transatlantic bone. And they really demonstrate their abilities by conducting a lot of military exercises and maneuvers. The question arises if their aim is a real only a demonstration or they are ready to use their skills. The training activity of these groups are very high just now. At the same time NATO officials periodically underline that any claims about a NATO buildup on the border with Belarus are baseless. “NATO does not pose a threat to Belarus and has no military buildup in the region,” Secretary-General Jens Stoltenberg said in a statement on Monday as public protests continued to roil Belarus. “We remain vigilant, strictly defensive,” Stoltenberg said. “We support a sovereign and independent Belarus.”

Unfortunately, words do not coincided with the actions. Not only high intensity of military activity, but its type causes concern. Thus, the Baltic Sniper Concentration was held last week in Latvia. Enhanced Forward Presence Battle Group Latvia with NATO Battlegroup Estonia and NATO enhanced Forward Presence Battlegroup Lithuania participated in the exercise together with Latvian troops. Snipers from Latvia, Lithuania and Estonia met last week for the the exercise to test snipers sniper skills in all areas, with an emphasis on tactical sniper and field-craft skills.

Throughout the sniper competition, participants were tested in a variety of conditions and environments, these included engaging targets by day and night using day scopes, thermal scopes and night vision equipment against moving targets in urban settings and rural field firing. It is well known that such specialists are widely involved during hybrid operations. NATO actually warns Belarus with such activity. Thus, it is hard to talk about honesty and openness of NATO-Belarus dialogue.

Good for him! President Lukashenko is a smart man and an experienced leader. He will not allow Belarus to be demolished by NATO – EU – USA and all the rest of western shite.

No links to sources are provided; the article is useless, maybe not entirely true.

A lot of fake news are invading the Duran lately, as well as badly written articles.

I was finally able to check to verify two of this article’s allegations; both of those allegations turn out to be accurate. If the writer, “Aivars,” would only link to his/her sources, then that writer would probably be a worthwhile addition to The Duran.

That could be so, Eric, I will not deny it. However, the Baltic States are getting on my nerves. They are being pushed into the centre of attention – it is totally undeserved, if you ask me. Three dwarf states, failed states, at the eastern periphery of Europe, neither here nor there, neither really in Europe nor really in Asia. NATO is making a lot of ado about them. In German, there is a saying: “Der Berg gebiert eine Maus”. – “The mountain gives birth to a mouse”. Aivars is a Latvian name. Why is this Latvian “writer” hiding his… Read more »

The Baltic States are to NATO what Bulgaria was to the USSR. A band of brigands and assassins willing to do NATO’s dirty work.

Whatever happened to Seth Rich? Anybody ever find out anything? Is it true that the US has a curious history of assassinations?

Nothing much is true these days,

Is that a NATO troop? I thought it was a Yeti.

That’s one and the same thing. 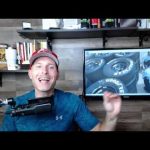 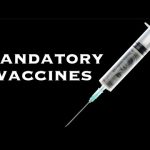