NATO-Russia relations are quite complicated now. The situation is not expected to improve in near future.

NATO is building up its offensive capabilities year after year. The intensity and scale of NATO exercises permanently increase. At the same time, areas of the exercises are closer and closer to eastern borders. It is important to note that actions of troops during NATO exercises quite often are similar to offensive.

It is not necessary to be an expert to understand that Russia is forced to defend itself, and not vice versa. During NATO exercises, coordination of all forces for possible transfer of troops to Russian borders is always practiced. According to the scenarios of these exercises, it becomes clear that Russia is the main enemy. This is a real threat.

Often, during such exercises, B-52 bombers make flights and even deliver strikes at training grounds near the borders of eastern neighbours. Considering current situation, such exercises at any time can turn into offensive operation. Sometimes, even cases of airspace violations take place.

Recently, it became known that Deputy Chief of the General Staff of the Armed Forces of the Republic of Belarus major-general Igor Korol said on Sunday to Belarusian TV channel STV that during the flights of NATO bombers, strikes are practiced both on Russian and on Belarusian territory.

He also referred to cases of airspace violations by Poland, which were reported by Belarusian side in April.

“During these flights, readiness of our air defense systems is checked. Because any aggression begins first of all with massive air raid. Thus, our readiness to repel aggression is tested. And we are ready,” he said.

“The first case is not yet discussed at all in any way, but if we use historical parallels, we remember such “accidental flights” on the Great Patriotic War eve, ”he added.

In response to the accusation,on April 13, Polish Armed Forces Operational Command announced that airspace is controlled on a permanent basis. It was informed also that 12.04 in the evening, there are no flights of military aircraft performed near the border between Poland and Belarus.

According to the Technical Agreement between the government of the Republic of Poland and the government of the Republic of Belarus, signed on June 18, 2019, central command posts of both countries must immediately report on air situation at a distance of up to 75 kilometers from the border, if the situation concerns violators of rules for using of airspace.

Obviously, in the evening of April 12, Polish Air Operations Centre simply did not detect the violator, or did not intend to comply with the international agreements.

Taking into account that the U.S. and NATO conduct aerial reconnaissance near Belarusian borders every day, Poland could not abstain from registrating the violator.

Moreover, on April 29, MI-24 helicopter violated Belarusian airspace. This was a repeated violation of the Belarusian border in airspace by Polish Air Force within a month.

So, we can conclude that NATO’s activity looks like preparation for offensive operations in Europe. Such maneuvers can also be viewed as a demonstration of force to put pressure on the authorities of neighboring countries.

Speaking about Defender Europe 21 exercise, it should be said that this exercise is considered the largest military exercise in Europe over the last 25 years.

This exercise takes place in 16 countries and covers territory from the Balkans to the Black Sea. Up to 30 thousand servicemen from 26 countries take part in the training.

Offensive military exercises near Russian borders are forcing Russia to increase its military activity. So, Russia and Belarus will hold joint exercise Zapad 2021 in September. This exercise will be purely defensive. The main objective of the exercise is to ensure readiness of the Armed Forces to protect the Union State and to demonstrate joint capabilities.

Increasing of NATO military activity near Russian borders is an extremely dangerous trend. NATO exercises destabilize situation, create risks and contribute to growth of tension in Europe. The policy, implemented by leadership of NATO member states causes consequences that pose a threat to the international security.

When will America give up warmongering? I’m sure the average human is bloody fed up with the constant threats to nations which do not want American ideas and behaviours on their territory, but are constantly challenged by the US and its allies. No wonder America doesn’t want to see the breakup of the EU, and stamped its foot when it thought the U.K. was attempting to do so when it voted to leave. America doesn’t just challenge states like Belarus or Russia, it threatens the whole world with its nuclear capability, if not directly, then from the fall-out. And I… Read more »

I wonder whether the aforementioned countries are aware they land will become the butchers battle field the moment any shots are fired on Belarus and/or Russian territory ? Of course the Americans will be smirking as it won’t be THEIR territory that’s being demolished, but the Poles. Amazing it hasn’t sunk in yet to the Polish people’s.

Oh my god! What will happen to the sprat factory!? 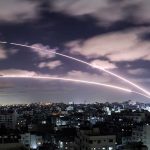 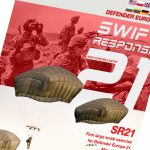