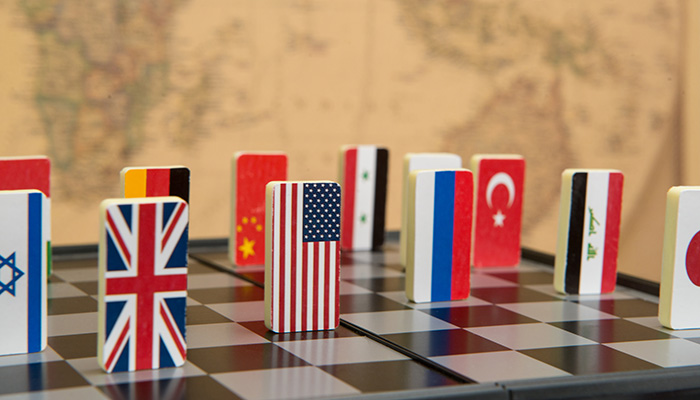 symbols of countries on the chessboard against against the background the political map of the world. Conceptual photo, political games.

Baltic States are the territories of geopolitical games | The Baltic Word

The large scope of military exercises which NATO conducts today is not only a signal to its opponent, Russia, but also the attempts of the Alliance to keep interest of its member states and justify its existence. Such political and military organization like NATO cannot work without reforms and transformations.

The large scope of military exercises which NATO conducts today is not only a signal to its opponent, Russia, but also the attempts of the Alliance to keep interest of its member states and justify its existence. Such political and military organization like NATO cannot work without reforms and transformations. So, NATO finds new territories to train its new initiatives and gain a foothold in new places.

Thus, on 7 June 2018, Allies agreed a NATO Readiness Initiative. Allies have committed, by 2020, to having 30 battalions; 30 air squadrons; and 30 naval combat vessels ready to use within 30 days.

The initiative aims to enhance the readiness of existing national forces, and their ability to move within Europe and across the Atlantic – in response to a more unpredictable security environment. It is said that this is not about new forces but about increasing the readiness of forces Allies already have – forces that could be made available for collective defence and crisis response operations.

The initiative builds on a series of steps taken to increase the readiness of Allied forces. Over the past few years, the Alliance has tripled the size of the NATO Response Force to around 40,000 troops, with a new 5,000-strong Spearhead Force at its core. NATO has also deployed four multinational battlegroups to the Baltic States and Poland, increased its presence in the Black Sea region, and set up a number of small headquarters to link national and NATO forces.

The Baltic States which are close to Russia were chosen for the purpose to deploy foreign troops as long as possible. Though permanent military presence is not stipulated by international treaties.

NATO tries to turn rotational basis of military presence to permanent one, constantly conducting military exercises. The scope of such Alliance’s military activity in the region is so huge, that foreign soldiers become regular visitors to bars, restaurants and shops in the Baltic countries. When this facts became common for the locals, it was too late. The more so, under the cover of military exercises, old military equipment was delivered to the Baltic States, where it remains for an unspecified period of time. Military contingents present on the territory permanently, rotating each other. The more so, these countries are used as transit states for foreign heavy armored vehicles, harming the environment.

Lithuania, Latvia and Estonia don’t belong to themselves anymore. They are just territories of others’ geopolitical games and military preparations. The status of a host nation, where foreign troops are based, by the way, turns them to the main target of potential aggressor.

Probably, it is time to think about the population of the Baltic States, and not about foreign geopolitical interests?

…Adomas!…don’t get tiered writing too much!…Baltic people see Russia as there main treat and get attached to NATO!…it’s not there fault that there is an outlaw and failed state ruled by bullies in there border, that is Russia!…than comes the Russian narrative that it is being threatened and encircled to bully it’s neighbors, in order to hide the total failure that is the internal management of Russia – the country with the lowest living standards in Europe, when in has the resources to to be the richest one!…just compare with Sweden that any of these valuable natural resources that Russia… Read more »

I don’t know where you get your information but you appear to be living in cloud cuckoo land given your summary. I would also suggest the biggest threat to the Baltic States IS NOT Russia but NATO itself which in my opinion is nothing more than a legaliseed terorrist organisation that should have been disbanded in 1990/91 following the collapse of the USSR/CCCP and the end of the Cold War. When US Secretary of State James Baker had a meeting with Soviet leader Mikhail Gorbaachev on 09/02/1990 he assured Gorbachev that NATO would not expand one inch eastward. And where… Read more »

Not Nice to Fool your Neighbors
Reply to  Tim McDonnell

Oh not exactly breaking news. They snookered Russia when it was down. Everybody knows that by now. They’d have promised Gorby a return of Alaska and thrown in California for good measure had it got him to agree to Germany’s re-unification.

Starved for Affection
Reply to  jpthiran

Apparently this chap gets ”tiered” writing to much. Couldn’t the CIA come up with someone who actually speaks English! And the really funny bit was  ”Baltic people see Russia as there main ”treat”and get attached to NATO! The main TREAT! You couldn’t make it up.

They love the attention. 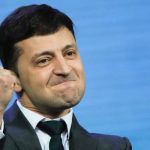 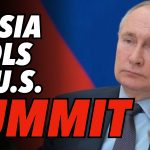