Unfortunately, COVID-1984 continues to escalate. We were initially told that we would need to have a temporary two-week lockdown to ‘flatten the curve.’

Six months later, we are still in lockdown and now mandatory vaccination policies are being rolled out in addition to severe penalties for violating mandates which include life in prison!

We have seen cases where people have been forcibly removed from their home by the police, in front of their families, and have been forced into quarantine.

All of this in response to a virus with a 99+% survival rate, which multiple world-renowned experts believe originated in a laboratory funded by the US government.

Watch the full video report for free and decide for yourself.

RICHMOND, Va. (WRIC) – State Health Commissioner Dr. Norman Oliver told 8News on Friday that he plans to mandate coronavirus vaccinations for Virginians once one is made available to the public. Virginia state law gives the Commissioner of Health the authority to mandate immediate immunizations during a public health crisis if a vaccine is available.

Pope Francis backs ‘universal’ COVID vaccination ‘for all’, WHO thrilled

Pope Francis backs ‘universal’ COVID vaccination ‘for all’, WHO thrilled

VATICAN CITY, August 21, 2020 ( LifeSiteNews) ― Pope Francis has backed global elites such as Bill Gates when it comes to a Coronavirus vaccination, saying that it should be “universal and for all.” In his Wednesday afternoon address, the Argentinian pontiff made his comments in the context of opposing rich countries and people obtaining the vaccine.

August 10, 2020 ( LifeSiteNews) – It will not be possible for the Dr. Fauci’s of the world to dismiss Professor Giuseppe Tritto as a crank. Not only is he an internationally known expert in biotechnology and nanotechnology who has had a stellar academic career, but he is also the president of the World Academy of Biomedical Sciences and Technologies (WABT), an institution founded under the aegis of UNESCO in 1997.

Update (August 19): According to a Update (May 26): Last week, 77 Nobel laureates and 31 scientific societies separately sent letters to NIH Director Francis Collins criticizing the decision to terminate the grant and urging that it be reviewed, Science reports.

Athletes at World Military Games may have brought coronavirus to Europe

Athletes at World Military Games may have brought coronavirus to Europe

A group of French athletes who competed in Wuhan back in October fear they may have brought the coronavirus back home – meaning that the deadly bug may have been around months earlier than first reported. The French delegation took part in the seventh edition of the World Military Games in Wuhan from Oct.

U.S. Federal Reserve to Collaborate with MIT in Development of CBDC (Digital Dollar)

U.S. Federal Reserve to Collaborate with MIT in Development of CBDC (Digital Dollar)

The U.S. Federal Reserve has just divulged new information on its stance towards CBDCs. For the past year, numerous nations around the world have announced their intentions to research, and eventually launch a central bank digital currency (CBDC). The reasons are varied, but usually boil down to 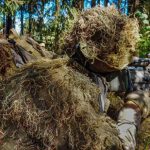 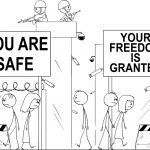