Today Infowars reporter, Millie Weaver was arrested at her home. There is a lot of speculation surrounding her arrest due to the timing.

Millie Weaver was getting ready to publish a documentary called ‘Shadow Gate’. The film showcases two whistleblowers who allege  there is a secretive network of government contractors which consists of government and military insiders (both current and former) who have ‘back door’ access to intelligence agencies and all of the information that they collect on everyone including politicians and how this information is used to blackmail powerful people to control them.

The film also alleges that military psychological warfare programs are being used against the people primarily through the mainstream corporate media and social media to control the population.

One of the whistleblowers in the film Tore, who was recently suspended by twitter, believes Millie Weaver was arrested because of this film. Tore has posted the documentary in full to her YouTube channel.

The charges Ms Weaver faces are tampering with evidence, obstruction of justice and domestic violence. The sheriffs office also confirmed she is being held without bond and will remain in custody over the weekend until she appears before a judge on Monday morning.

here is an analysis from Viva Frei

He references the Assange case which criminalizes journalism based on whistleblowers and that this might be a similar cause for arrest, which will ultimately lead to intimidation of independent journalists and throws freedom of press out the window. Not to be ignored.

Viva & Barnes talking about Millie Weaver’s arrest. A full breakdown with as much news and information as is available at this point in time. Stay tuned for all update vlawgs.

I promised an update once the indictment was released. Here is the update.

Millie indictment & Assange. Portland madness & Adam Haner (Before the Video). Conversations we have about important news stories that we want to share with you before we begin recording a main video topic for our channel.
Before the video, EP 46. 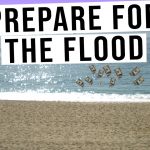 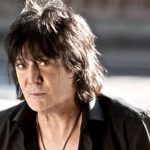