On Friday, December 10th, the great blog of the investigative journalist David Sirota headlined “‘Risk Your Life Or You Don’t Get Any Money’”, and their Walter Bragman reported that “New York Gov. Andrew Cuomo has shut down in-person press conferences — but workers are stuck in offices as the state refuses to take action against employers and compel remote work.”

The way that Cuomo has done this is virtually a master-study in deceptive use of the Democratic Party’s ‘news’-media — such as the highly influential NPR radio station WAMC that broadcasts to Albany as well as to the western halves of Massachusetts and of Vermont — by means of which Governor Cuomo pretends to be aggressive to control the spread of covid-19 in his state but actually imposes policies which are contrary to that and he therefore produces some of America’s worst covid-19 infection-rates and death-rates.

With cases surging in New York, Governor Andrew Cuomo announced this week that he was canceling all further in-person press conferences.

“Since the beginning, we’ve talked about the important role the media has played in educating the public about this pandemic,” said senior Cuomo advisor Rich Azzopardi in a statement. “But given the new stricter [Centers for Disease Control and Prevention] guidelines released Friday and the reality of rising cases in New York, going remote is now the most prudent action.”

While the press pool may be breathing a collective sigh of relief, workers across the state are still being compelled to head into offices, schools, and restaurants.

New York has continued to allow indoor dining. Meanwhile, the state is not providing up-to-date information on the spread — instead, its maps tracking the coronavirus are often not updated or even showing decreases as the pandemic worsens. …

This type of behavior on the part of Cuomo is hardly unusual for him.

At a different great investigative-news site, the Greanville Post, I headlined on May 26th, “Is N.Y.’s Andrew Cuomo the Worst Governor in America?” and reported:

On May 15th, ProPublica bannered  “Two Coasts. One Virus. How New York Suffered Nearly 10 Times the Number of Deaths as California” and reported that N.Y.’s Governor Andrew Cuomo stopped NYC’s Mayor Bill DeBlasio from imposing extreme social distancing measures for a while, and, “In April, two prominent experts said in a New York Times opinion article that their research showed that had New York imposed its extreme social distancing measures a week or two earlier, the death toll might have been cut by half or more.” Furthermore: “an estimated 90 percent of the cumulative deaths in the United States from Covid-19, at least from the first wave of the epidemic, might have been prevented by putting social distancing policies into effect two weeks earlier, on March 2, when there were only 11 deaths in the entire country. The effect would have been substantial had the policies been imposed even one week earlier, on March 9, resulting in approximately a 60 percent reduction in deaths.”

Furthermore, on May 26th, David Sirota headlined “Cuomo Gave Immunity to Nursing Home Execs After Big Donations — Now People Are Dying. Critics say data proves New York’s liability shield is linked to higher nursing-home death rates during the pandemic.” Britain’s Guardian bannered on May 13th, “US nursing homes seek legal immunity as Covid-19 spreads ‘like brushfire’” and argued for more regulations in the U.S., instead of for any personal liability at all, no matter how many people might get needlessly killed by bad executive decisions. And they quoted a Harvard professor (perhaps well paid by corruptors): “Putting a nursing home out of business because somebody died is really punishing at the wrong level, because certainly there are nursing homes that probably did not act responsibly, or they may have ignored the threat. But so did many government agencies.” So: the only effective policy — personal executive liability — that could address this problem, was essentially ruled out by that liberal newsmedium. And that Harvard professor didn’t volunteer to suggest it and the reporter failed to even mention it. However, that Guardian reporter did point a finger of blame at healthcare in the U.S. being a privilege of those who have the ability to pay for it, instead of a right of all residents, and she noted that, “Nearly 70% of US nursing homes are for-profit, and the industry has a reputation for lackluster performance around infection control.” On May 14th, TIME bannered, “‘A License for Neglect.’ Nursing Homes Are Seeking — and Winning — Immunity Amid the Coronavirus Pandemic” and reported only about the total chaos in America’s legal system, which produces total legal immunity for anyone who can pay for the ‘best’ lawyers. Of course, that’s a corrupt country.

Regardless of whether a politician is a corrupt liberal like Democrat Cuomo is, or a corrupt conservative like the two Republican Governors of the Dakotas are — in both of which states the covid-19 infection-rates and death-rates are at the global and not merely America’s top — corrupt government is the worst disease of all, and it unfortunately is remarkably pervasive in America, where the dollars rule and the people don’t. Only by means of corrupt ‘news’-media is this situation even possible. 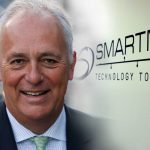 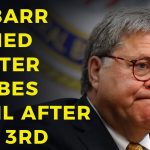