We’re still waiting for the ‘October Surprise’ that Democrats are hoping will derail Trump’s quest for a second term (although it didn’t exactly work out that way back in 2016), but the passing of Ruth Bader Ginsburg last night has certainly shaken things up, with only 45 days left until the election.

In other words, BLM was responsible for 9 out of 10 riots across the country.

Riots are defined by the project as “demonstrations in which any demonstrators engage in violently disruptive or destructive acts (e.g. violence, looting, vandalism, etc.), as well as mob violence in which violent mobs target other individuals, property, businesses, or other groups.”

Mainstream media talking heads have repeatedly asserted that the riots were either not happening on any large scale or were “mostly peaceful.”

Despite attempts to spin the riots as peaceful protests, more and more Americans aren’t buying it.

“A majority of U.S. adults (55%) now express at least some support for the movement, down from 67% in June amid nationwide demonstrations sparked by the death of George Floyd,” reported Pew.

“The share who say they strongly support the movement stands at 29%, down from 38% three months ago.”

When one considers the level of intimidation and bullying metered out to those who refuse to express support for BLM, the real figures are probably much lower in terms of support for Black Lives Matter.

It’s no surprise that Democrats like Nancy Pelosi are only now condemning riots, arson and looting after 4 months of mayhem.

After initially ignoring or justifying the violence, Democrats have seen the polls and performed a total 180.

Did Princeton go on to explain that it was one of the training grounds for BLM riot-tech? 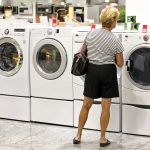 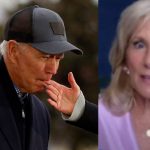