The Duran’s Alex Christoforou and Editor-in-Chief Alexander Mercouris discuss the now documented money trail from both the Ukraine and the US State Department, that shows upwards of $16 Million USD being funneled into Ukraine, and then back out of Ukraine, and into the bank accounts of Biden associated companies and offshores.

Former Polish president Aleksander Kwasniewski  – a current board member for Ukrainian gas company Burisma, admitted to AP that Hunter Biden was picked to sit on the company’s board because of his name, and that’s ‘just how the world works.’

Still, he insists that the younger Biden never leveraged his relationship with his father to further the company’s interests – such as the time Joe threatened to withhold $1 billion in US aid unless Ukraine’s top prosecutor, who was investigating Burisma, was fired.

“I understand that if someone asks me to be part of some project it’s not only because I’m so good, it’s also because I am Kwasniewski and I am a former president of Poland. … Being Biden is not bad. It’s a good name,” he said. 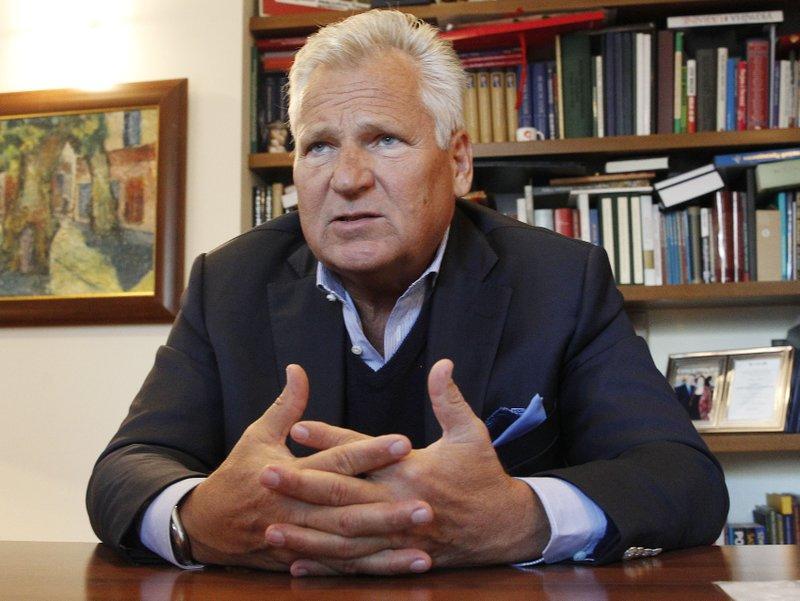 Then there was the time Hunter returned a Hertz rental car to an Arizona with a crack pipe, and the number of a local colon hydrotherapist called the next day to let the rental agency know the keys were in the gas cap.

NEWS — NEW REALITY
1. The 25% of society most wealthy, they keep the laboring-class enslaved as the 50% working-poor, causing the poor to refuse to vote and the 25% most wealthy to be the voting majority and decide the outcome of all elections.
2. The rich supply 90% of donations to politicians, giving them the power to make 100% of government decisions and to hoard 75% of all wealth.
3. All of mainstream media is owned by rich republican conservatives, and yet, they all publish propaganda in full support of democrats.

Truth is, the more intelligent upper-half of society always hoards all the land, wealth and political power, the 50% working-poor is always enslaved by poverty and only by divine intervention will that ever change for the better.

Ever hear of hard work and applying yourself?

It is absolutely impossible for intelligent you to believe that the slow of thought laboring-class has an ability to do hard mental work.
And now that your credibility has been permanently destroyed,
what shall you do for an encore?

No amount of facts will change the minds of Never Trumpers.

Trump, Shmump. Biden, Shmiden. Wouldn’t give you a nickel for either one, or the rest of that sorry lot I call deep state apparatchiks and their journalist-class arse-wipers.

War-witch Clinton, she said only one honest thing in her entire life,
that Trump’s base was “a basket of deplorables.”

To be an Always Trumper, one must allow their conscience
to be crucified by their instinct for survival.

Really excellent forensic analysis by Mercouris today. This is very much where he’s at his best in disentangling the web of corruption. Certainly if most people were aware of the facts Biden and his Democratic supporters would be toast, but I’m still not convinced it will come out – at least this side of the Presidential election. The key factor is the almost unbelievable connivance of the mainstream media in the USA (and I include BBC in this) in hiding and distorting when they can’t conceal it. The fact that practically no one mainstream (even otherwise excellent dissidents like Ron… Read more »

The elite fool the public into thinking that 9-11 is blowback misery, as the goal is to keep society focused on the misery so that they do not reach agreement on the root cause. For the moment we reach agreement, the solution becomes self-evident.

I wouldn't touch Biden with a 10 ft Pole

Kwasniewski says: “Being Biden is not bad. It’s a good name.”

Must be another one of those Polish jokes.

If you could find one, he’d probably like it.

Democrats, have you completely moved to gaga land? (strictly rhetorical). A character like Biden, rearing the equivalent of a homeless crack whore, leading America? What does that say about the old man? Says it all, to me. What’s it say about dimocrats? Says even more.

Next thing you know, ol’ Dirty Joe’ll be concocting some story about how Putin paid Ukrainian hookers to get kompromat on Jr. but he got wind of it and Jr. moved all his (one) meeting with the Burisma board outside Ukraine instead. Don’t forget, you heard it hear first.

Jeremy Corbyn — OBEYS THE LAW OF RIGHT — And for those who deny the reality of a law of right and wrong that preserves life, what about the law of gravity that keeps the water in our ear canal level when we are upright and warns us when we are starting to fall? What about the law of inertia that counterbalances gravity to preserve an earth orbit around the sun, which establishes the four seasons and maximizes the livable land that will sustain living and growing things? For good is life, evil is death and the law of right… Read more »

We have 4,500 nukes loaded and ready to fire,
they start flying in about six seconds.