After throwing former Donald Trump under the bus following this month’s impeachment acquittal, Senate Minority Leader Mitch McConnell says he would back the former president if he wins the party’s 2024 presidential nomination. ” There’s a lot to happen between now and ’24.

McConnell is NOT to trust! He’s a rattlesnake and a traitor to the republican Base!

McConnell is a White Fag ? ?

Is such a traitor, liar, plotter, and manipulator actually possible to be a member of the human race? It is quite immaginable that Pence and McConnel will join Brutus and Judas in the mouth of Satan when they leave this earth. Voting Republican is useless; they are most all hypocrites, especially in the Senate. Trump is another hypocrite and fool, who favored the reckless irresponsible so called COVID warp speed “vaccination” (fetal tissues from live aborted babies!), surrounded himself with NEOCONS for 4 years, and did nothing concrete to uphold voting integrity and get the DOJ & FBI to investigate… Read more »

The fault lies not so much with Trump’s political naiveté but his experienced advisors, many of whom were working against him. Remember he was new to politics in 2016 and had to rely on advice from people he thought he could trust. He was in for a big surprise. It began as early as Paul Ryan and Jim Comey and continued through Sessions and Barr, with dozens of Obama hold-overs and secret RINOS. I think Trump did remarkably well considering the non-stop daily personal attacks by both parties, the media, Silicon Valley, FBI. CIA and DoJ. His Second Term won’t… Read more »

I’d say McConnell’s days are numbered. Trump will get rid of him.

Trump should throw all his weight behind primarying O’Connell. He’s a treacherous snake deeply involved with the CCP. 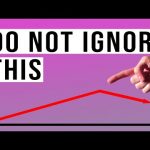 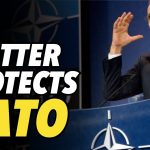