One of the oldest surviving veterans of the Second World War has died peacefully at her Surrey home, on September 9. Marie Goodman lived not only an extremely long life but a remarkable one. She was born Marie Jeanne Schwartz into a large Catholic family at Jœuf, Alsace-Lorraine on March 22, 1915 under the German occupation. She had an older sister named Maria, so was herself known as Jeannette (Jeanette) at home. Her father was a labourer in the de Wendel steelworks. Her mother was a housewife, and told her recalcitrant daughter she should resign herself to the same fate, but from an early age Marie was determined to better herself.

After leaving school at thirteen she attended a small domestic science college then worked at a series of jobs including with her two elder sisters in their respective cafés. In 1933, her wealthy uncle invited her to live with him in Germany where she turned down the opportunity to marry a count. She returned to Jœuf because she didn’t like the Nazis and liked German rye bread even less!

Over the next few years she worked in Strasbourg, Paris, and the South of France variously for a famous doctor, a manufacturer, a racehorse trainer, a retired American banker, and E. Virgil Neal, an extraordinary American con man turned perfumier – the founder of Tokalon.

Developing a fascination with England, she taught herself English, and travelled to London in 1937 working as a nanny including very briefly at Womersley Hall for a family of aristocrats. She met her first husband in December 1938 while working in Eastbourne. Eric Munday was an agent for the John Holt company; he and Marie married in church on February 24, 1939. The following month he returned to his post at Onitsha, Nigeria, and she followed later.

The following year because of the war, they were offered leave in South Africa, but instead returned to England. After his leave was up, Eric Munday left for Nigeria while Marie was expected to follow on the next available ship, but two years to the day from their marriage, the ship on which he was travelling was torpedoed.

Having become a British citizen by marriage, the young widow was called up for the services and elected to train as a nurse. While working at a military hospital she met her future second husband, Edward Albert Goodman, a captain in the British Army. When they became engaged, his parents were horrified he was to marry a French widow, but soon came around. The couple married at Esher on April 2, 1944, and in October the following year she gave birth to her son, named after his father. In 1948, she gave birth to her daughter Colette.

After he was demobbed, Edward Goodman returned to his chosen profession, qualifying as a solicitor and eventually becoming a partner in his own practice, while after working briefly at St Thomas’ Hospital, Marie was content with the life of a suburban housewife. Her husband died in 2004, and her daughter in 2008. In her old age, Marie became an enthusiastic bridge player, and when her sight failed, a member of Blind Veterans UK. By now a great-grandmother, she managed with the help of her carers and her doting son to live independently in her own home.

Her funeral will be held later this month, and will be a small, private family affair.

Her autobiography is currently being edited, and should be published later this year. 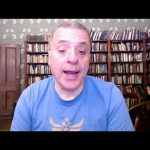