Remember when there was a  dictator in the White House? Remember how he branded many mainstream media outlets fake news, ie liars? Say what you want about Donald Trump, and most people do, but he was never at a loss for a quote; he would engage with the media, with supporters, with ordinary members of the American public, and everything he did was out in the open.

The current incumbent of the White House, or whoever is pulling his strings, isn’t like that at all. We’ve all grown used to his gaffes, the man who believes poor kids are just as talented as white kids, who prefers truth over facts, that sort of thing, but what of his spokespeople? The most prominent of these is of course Jen Psaki, the woman who likes to circle back when she can’t answer a question. She has solved that problem, and the problem of Biden gaffes, because now the White House press corps has been given a simple instruction: Don’t quote us without our approval – translation: run everything you publish or broadcast by us first in case it includes something we don’t like.

This policy of media obsequiousness may be okay for Iran, Israel, China, or even Russia, but not for “the greatest country in the world” where press freedom is tantamount and is enshrined in the very first amendment to its constitution.

To date we have seen censorship of the outrageous activities of Biden’s wayward son – not by the White House, Joe’s chums Jack at Twitter and Mark at Facebook take care of that (with White House approval), but we have seen journalists refused admission to detention centres for migrants – concentration camps as they were called under the previous Administration. What next?

That depends on how much the men and women of the press are prepared to take. There is no real indication so far that they are willing to do more than protest in the meekest of terms, but should some of their number rebel, there is a lot more dirt on Joe Biden, his Administration, and his family, than there ever was on Trump, and unlike the dirt on Trump, influence peddling and foreign collusion are not imaginary.

Jim Crow Joe has got to go

That’d just be treating the symptom and not the disease. 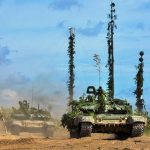 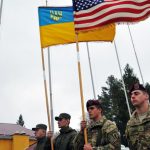