Anyone from CNN accusing anyone ELSE of spreading Russian disinformation has SOME nerve. Watch this, Liz Harrington was on FIRE: — Elizabeth Harrington @LizRNC: “Pretty audacious of CNN — who spread actual Russian disinformation w/the leak of the dossier set up briefing in Trump tower to subvert the peaceful transition of power — to accuse anyone else of spreading Russian disinformation. And the emails about the “big guy” are real, btw.” — Christiane is so put upon by Liz not rolling over … we kind of sort of love this. — klarson @kglarson: “WOW! That was amazing. You left her speechless. She’d better eat her Wheaties before she has you on again. ” — It’s pretty clear she has no idea what to do after Liz lights her up. — Joe Bravo @JoeBravoYo: “Unbelievable. Amanpour needs to give up the fantasy that’s she’s a real journalist. She cashed out on that opportunity long ago – can’t have it both ways. She’s a hack and has betrayed the journalistic profession.”

Amanpour is full of shi-. PBS is a Democrat rag and should have every nickel of public money taken away in the most painful method possible…..like a root canal with no anesthetic.

Amanpour – the biggest neocon shill ever to hit the airwaves in the past 20 years.

Remember hubby Rubin lying through his teeth in 1999?

Some nerve calling herself a journalist. She’s a career propagandist extraordinaire. End of story.

The Dastardly Duo
Reply to  LOL - CNN Business as Usual

James Rubin and Jamie Shea, the Katzenblabber twins. THAT was the first real public indication of the criminal conspiracy between the US and UK. Shills for the KLA, just like the al Qaeda in Syria shills that pepper the westerm media to this day. They should both be buried in the Trepca Mines to continue looking for their beloved ‘mass graves’. Never give up on fake news, you two.

Who can forget their earth-shattering exposes of fiction turned fact on CNN, every hour on the hour.

I was especially transfixed by their expose of Pinochet style soccer stadiums turned into internment camps prior to mass executions, this time of course without CIA ‘consultants’ in the background.

That was one of Amanpour’s favorites too, as I remember.

We have a vicious, counterproductive duopoly. There are absolutely good and bad across the spectrum – and most certainly the bad, whatever side, must be called out. She works for CNN, so that’s where that is. I listen to multiple networks for just this reason. There is real horror going on in this Country – BOTH sides. See ourconstitution.info – Home page NOTE to Trump, overview, and concerns for Obama by a silenced whistleblower. $/parties OUT of politics – many reps BOTH sides bought and paid for by those they oversee, including the powerful such as Intel and military. My… Read more »

That is just brilliant!… Honestly I couldn’t stop laughing when Amanpour says “no we’re not gonna do your work for you”!… Amazing, just amazing that a journalist would say that. Best laugh I’ve had in weeks, thanks CNN (Comedy News Network)! 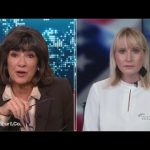 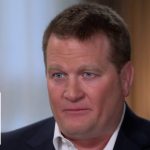