It is one thing to know your opponents have no soul. It is quite another to watch in real time their depravity play out with gleeful disdain

Anyone saying that what is happening right now in Georgia, Pennsylvania, Michigan etc. is not a conscious effort to rig an election is either a victim of propaganda or being willfully obtuse.

Because they told us this is what would happen. Through the Transition Integrity Project and bread crumbs left throughout the campaign, we knew it would come to this.

For weeks I’ve been saying I hope Trump’s performance is strong enough and his coattails long enough to preclude the Democrats and The Davos Crowd from trying to pull off the theft of the election.

That they would see the magnitude of the problem in front of them and be stopped short by little things like math.

And then realize that even if they did try and cheat it would be so transparent that nothing good for them would be gained by it. But they didn’t listen.

Trump almost pulled it off. His numbers across the board were excellent, stunning even given everything that’s happened.

He may yet pull this out and I support any and all efforts to do so, but it is looking quite grim today.

The potential is there for the Republicans to pick up as many as twelve seats in the House while holding the Senate if not picking up a seat, depending on how the courts rule on the already well-documented fraud.

Coattails that long are prima facia evidence that what’s happening with the presidential election is fraud. I won’t go into the list of red flags here, others have done a far better job (and are, frankly, more entertaining), but they are big enough and red enough to get even the laziest, porn-besotted bull in the world angry.

And that’s what should be scaring the crap out of everyone on ‘the Left’ today. Because as we heard yesterday, with coattails that long and the amount of obscene behavior on display, the remaining members of the Democratic caucus in the House are scared… and not just for their political lives.

Speaker Nancy Pelosi was in damage-control mode, saying “but we held the House” — which they were supposed to expand their majority in — and are “on track to win the presidency,” which no one will take even remotely seriously.

I’ve had visions of seeing Pelosi dragged out of the Capitol by her expensive dyed hair choking on her dentures while being arraigned for sedition, but her getting beaten with the ‘awesome power of the Speaker’s gavel’ and lynched by her own caucus for incompetence will be even more delicious.

At around 2am Tuesday evening I realized that they were actually going to do this and I texted a friend the next morning. His response?

There can be no other response to this from men and women of character. Exhaust every legal means possible, certainly, but remember that the courts are as corrupt as the county governments. Fear of reprisal makes men weak.

The one thing Trump said in his post-election remarks that rang so true and with me and should ring true with every libertarian-leaning person (left or right) alive, that the process itself is corrupting. It corrupts everything it touches.

Four years of the Democrats and the Media screaming about Russian collusion and undermining the legitimacy of Donald Trump inspired thousands of people to become corrupt poll workers, mailmen, supervisors of elections, party operatives and the like.

And they obviously feel justified in this. They are, after all, the heroes of their own stories whose motives are pure and whose hearts are in the right place.

If we just get rid of Orange Man Bad, everything wrong with America will be gone. Scapegoating is as old as mankind but it doesn’t work anymore now that we’ve internalized the story from the scapegoat’s point of view, Christ.

So, all they have now is the unquenchable envy of Marxism which burns until it consumes everyone in retribution or they are put down like rabid dogs. That’s what is on display in these counting centers.

On the other hand, even Trump’s detractors had to admit the guy did inspired work to try and bring as many people under his tent as possible. To right the wrongs they see in the most non-violent way possible, voting.

But if that’s not good enough, if the message sent wasn’t strong enough through the ballot box, then that lesson will be taught in a far uglier way.

This is why I excoriated the libertarians the other day. I could see this coming. Either cooler heads prevail or the grievances get settled with violence. It’s our job to be the voice in between, not sit on the sidelines like high school band nerds sitting through a football game.

From a market perspective the threat of a marginally-empowered Harris presidency with he slimmest House majority any party has held in decades and a divided Senate means nothing gets done until the mid-terms.

And any attempt by Harris and Obama to legislate through Executive Order will result in even more dramatic events than we’ve seen to date, including secession.

This is why Bitcoin, gold, silver and U.S. Treasuries exploded to the upside. Big money moved into the most liquid assets, UST’s, while the marginal flow piled into safe havens and those worried about cross-border capital controls are running into Bitcoin and cryptos.

Everyone is holding their collective breath while we grind towards the Great Reset with most of the first world either under lockdown over last year’s flu or paralyzed by political shenanigans which makes the U.S. look like Venezuela.

The rising euro is a function of the lockdowns and the local need for liquidity. The spasming bonds markets blew out a lot of carry and interest rate trades this week. While the dollar looks like it’s getting killed, what’s really happening is trades betting on Harris destroying capital have reversed.

And the focus now turns to the wholesale destruction of European economies. Oh well, Europe was a good thing while it lasted. Enjoy the return of feudalism, folks, maybe there will be something left for me to visit before I die.

We still have our guns, FYI.

And this is why Trump isn’t going anywhere. The Deplorables now have to become The Ungovernables. No more negotiations, discussions, turning the other cheek, etc.

Ungovernable. Just say no to Commies.

Hey man, don’t let the midwit, white women off the hook there… in this Civil War race has nothin’ to do with it.

Because no matter what vote totals you manufacture or political/judicial arms you twist no one can rule for long without the consent of the governed.

This is not a LARP nor a drill. It is a simple statement of fact.

If the men who keep the engine of the world running refuse to show up one day, the God of Power the Marxists all worship will vanish like Hillary’s emails.

The X22 report today is very interesting. It goes far further than just the election.

Americans listened, then lifted their hands just long enough to change the channel. 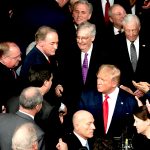 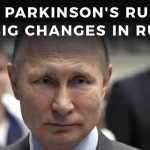