Kremlin insists Putin does NOT have Parkinson’s, but BIG changes in Russia may be coming.

Does Putin have Parkinson’s? Western media goes into frenzy over claims from notorious Russian conspiracy theorist

Does Putin have Parkinson’s? Western media goes into frenzy over claims from notorious Russian conspiracy theorist

Vladimir Putin is poised to step back from the Russian presidency after being diagnosed with a neurological condition. That’s according to a Moscow commentator who once claimed membership of a shadowy, secret intelligence group. The explosive suggestion, made by political scientist Valery Solovey, was covered widely in US and UK news on Friday.

Very speculative on what is going on in the Kremlin, but it makes sense to me. Putin is after all human must be exhausted by the last few years.

Dealing with our self-destructive leaders would exhaust most people,but Vladimir Putin isn’t most people..

I can tell by his facial expression that he doesn’t have Parkinson’s Disease.

People haven’t learned the news is full of shit? North Korean leader sick and maybe died, then there he is…

My thought exactly. Not to mention all those dead NK civil servants who keep rising from the dead.

All those rumors + nonsense originated from the UK Deep-State offshoots ‘Integrity Initiative’ and ‘Institute for Statecraft’ usual in cahoots with the ‘Atlantic Council’ and other transatlantic racist russophobe [and increasingly sinophobe] constantly war- hate- + fearmongering so-called ‘Think Tanks’, they have according to them their ‘Journalist Cluster’ spreaded all over Europe with enough corrupt paid Fake-News/Propaganda MSM Prestitutes to spread all sorts of idiotic vile fabricated lies pulled out of their butts and let this crap circulate around the combined western MSM. It’s just a 24/7 BS Information Desinformation + Propaganda Operation. 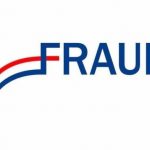 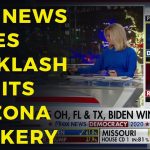