Kamala speaks with Netanyahu as tensions with Iran grow

1. Politics plays a role in Israel’s response to cargo ship attack Israeli Prime Minister Benjamin Netanyahu is holding off, for now, on retaliation for the Feb. 26 attack on an Israeli cargo ship, which Israel has blamed on Iran (Tehran has denied responsibility).

As shown in this article, a joint Senate Resolution is making an attempt to remove the presidential power to wage war:

This the second recent moves by Congress to reduce the president’s ability to continue to forever war in the Middle East.

Who cares what Netanyahu thinks…Is he going to tell Washington how to handle business? Well, actually he already does…So Kamala Harris is talking to foreign leaders…and why shouldn’t she? Is she there just to look pretty standing by Biden? Hats off to Biden for putting his VP to work…Why make a mountain out of a mole hill?

Iran is enriching uranium to generate electricity. This requires a certain level of enrichment far below that required for the manufacture of nuclear weapons. Implying that they want to develop nuclear weapons is an Israeli strategy to justify their plan to rule the region and get their golem, the United States, to do the heavy lifting. The Iranians have never indicated any such desire and have consistently denied it. The plan to attack Iran has been known since 2001 and was revealed by four star general Wesley Clark in 2007. Iran was the final target after Afghanistan, Iraq, Libya, Syria… Read more »

Trump def. tried to achieve with his “deal-policy” in the middle east to isolate the aggressive iranians! Iran, and their rhetoric proves it, can’t offer anything than blood and war to the world around them! 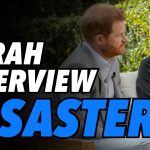 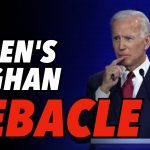