Julian Assange formally requested a pardon from President Donald Trump on Tuesday morning, the Gateway Pundit can now reveal. People from across the political spectrum have called on President Trump to pardon the WikiLeaks founder, citing the importance of the freedom to publish. Assange’s fiancé Stella Morris, the mother of his two young children, has…

Come on, Trump. Pardon Assange and REALLY piss off the Democrats!

Get out of cities

Could you post on Rumble please. Your latest posts are not up there yet.

This is one thing you can do to stick it to those that robbed the election from you. But most important. It would be an act of great kindness to someone who actually tried to inform America about it, but the likes of Hilarious Clingon and her ilk wanted someone else to be crucified after Gaddafi.

Pardon or not, #CivilWar2 looks to be shaping up in the dis-United States of Amerika whether the Fakestream News Press wants to admit it or not. Is the end of the Swamp rats?? *looks up to the Heaven’s for a sign from The Most High* 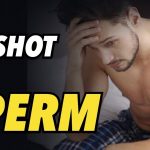 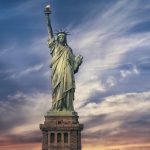