Jeffrey Epstein has been arrested for allegedly sex trafficking dozens of minors in New York and Florida between 2002 and 2005, according The Daily Beast. Epstein is reportedly due to appear in court on Monday, about 12 years after the 66 year old received a slap on the wrist for allegedly molesting dozens of underage girls.

The new charges claim that “Epstein sexually exploited dozens of underage girls in a now-familiar scheme: paying them cash for ‘massages’ and then molesting or sexually abusing them in his Upper East Side mansion or his residence in Palm Beach.”

Epstein’s abuse allegations date back more than a decade and have been recently brought to light by his victims and authorities. Up until now, and even in the midst of the #MeToo movement, Epstein has been able to avoid any type of meaningful jail time.

In an era where #MeToo has toppled powerful men, Epstein’s name was largely absent from the national conversation, until the Miami Herald published a three-part series on how his wealth, power and influence shielded him from federal prosecution. For years, The Daily Beast reported on Epstein’s easy jail sentence and soft treatment by the U.S. Attorney’s Office, which ultimately scrapped a 53-page indictment against Epstein. An earlier version of Epstein’s plea deal included a 10-year federal sentence—before his star-studded lawyers threatened to go to trial in a case prosecutors feared was unwinnable, in part because Epstein’s team dredged up dirt on the victims, including social media posts indicating drug use.

Employees and associates of Epstein allegedly recruited the girls for Epstein, and some victims also became recruiters themselves. The girls were as young as 14 and police allege that Epstein knew they were underage. Epstein’s attorney, Martin Weinberg, declined to comment Saturday night.

Epstein has been accused of transporting young women on his private jet to facilitate the abuse, according to his alleged victims. For more background on the allegations already made in lawsuits, and in the public domain against Epstein, read the full Daily Beast article here. 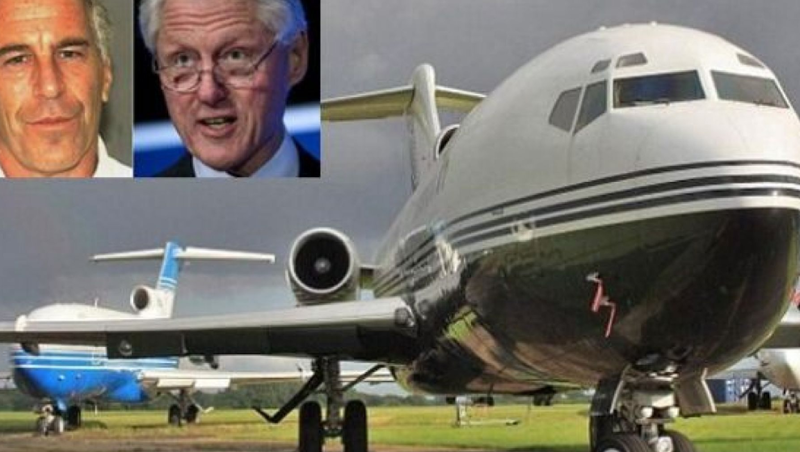 Bongino dropped a ominous-sounding threat at the time: “…people know things not yet released publicly about your messiah Hillary. Don’t poke the bear loser, you may not like the results. #Epstein #EmailGate,” tweeted Bongino.

For those who are unfamiliar with his story, Jeffrey Epstein is a New York City financier who pled guilty in 2008 to a single count of soliciting sex from an underage girl. He eventually spent 13 months in prison and was forced to register as a level three sex offender (considered the highest risk of re-offending) though stories of his lust for girls as young of 12 have spread like wildfire in recent years. 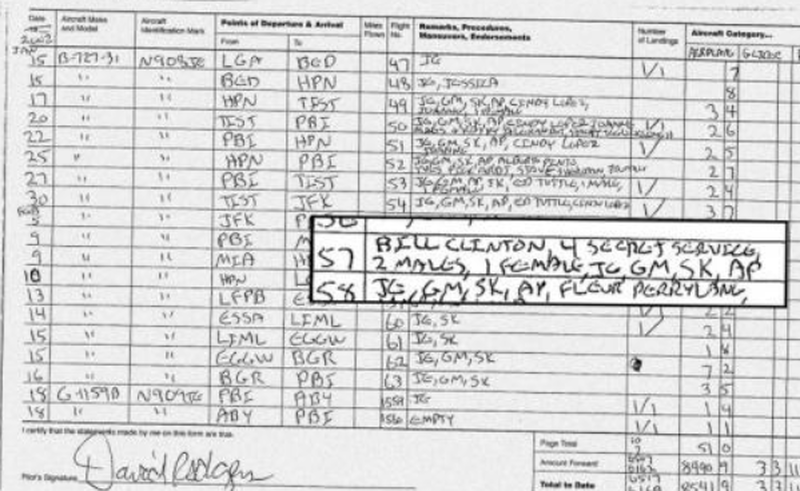 Back in 2017, we revealed the full flight logs from Epstein’s “Lolita Express”.

Kinda late, don’t you think? If the perpetrator in question had been a non-zionist goy, he would have been zapped, quick trial and condemnation.

#MeToo is a tribalist movement, funded by liberal oligarchs, and supported at the grassroots by sheeple who identify as “liberal,” as “feminist,” and “progressive.” It’s just another scam. Like the pussyhat crowds who marched to tell Trump that “they can grab back,” but had nothing else to say about the real issues facing everyday Americans. More mindless political soccer.