The short answer to that question is no. And neither is gaslighting, which is what the mainstream media has been doing since before Donald Trump won the Presidency.

Writing for the Associated Press on November 28, David Sharp opined:

“There is no evidence of widespread fraud in the 2020 election. In fact, election officials from both political parties have stated publicly that the election went well and international observers confirmed there were no serious irregularities.”

On this subject, he quotes the Democrat politician Matthew Dunlap: “It’s this urban legend that re-creates itself every election year”.

We’ve all heard of urban legends, folklorist Jan Harold Brunvand built his reputation on them. Starting with The Vanishing Hitchhiker, he published a series of popular books on stories that while scary, or simply humorous, sound authentic. There are some real classics, like the woman who boards a plane to the USA holding her baby. When she is stopped on arrival, the child is found to be dead. And stuffed with cocaine!

Professor Brunvand attempted to trace the origin of this story, to no avail. It was a total fiction. Then, in 1994, an English civil servant boarded a plane in New York with a dead baby under her clothing. Caroline Beale wasn’t a drug courier, but a deeply disturbed woman.

Another urban legend, and a far more sinister one, is that of the snuff film, one in which someone, usually some poor woman or unfortunate child, is murdered on camera, perhaps tortured to death, for the fun of it. But guess what, snuff films are now real, life imitated art or simply a sick fantasy in the case of Leonard Lake and Charles Ng. And a few others.

The point is, just because something begins in the world of fantasy or fiction, doesn’t mean it will remain there. Voter fraud started in the real world, is a very real phenomenon today. There have been hundreds of convictions for it in the United States, and probably tens of thousands of major instances worldwide throughout history. Usually, it is small scale, certainly in the UK. In March 2001, the Guardian proclaimed: Councillors guilty of UK’s biggest electoral fraud.

In spite of the headline, this was a local election, and the fraudulent votes cast were only in three figures. On November 17, the Los Angeles Times reported that two men had been charged with trying to register eight thousand “fictitious, nonexistent or deceased” voters to receive mail-in ballots for a mayoral election. The scale of the fraud perpetrated against Donald Trump is several orders of magnitude more serious than that, and the evidence is impressive. It includes affidavits from literally hundreds of witnesses – not all of them Republicans, analyses by professional mathematicians, and investigations by computer professionals. We can add to that common sense.

We are expected to believe Joe Biden won more votes than Barrack Obama. Seriously? Trump played to packed out crowds nationwide while Biden addressed the nation mainly from his basement. One outdoor “rally” was a total embarrassment; there were perhaps thirty people present, many of them staff, while on the other side of the road was a much larger crowd of chanting Trump supporters.

According to Sidney Powell, Trump won by a landslide. The big question is, will this massive and damning evidence even be admitted to a courtroom? The mainstream media and the people who control social media have so far made sure that the evidence of Biden’s dirty dealings and the conspiracy against Trump that has been running since 2016 has been downgraded, while even the FBI has looked the other way, those agents who were not actually in on it.

If Trump does succeed in pulling this off, there will be riots in the streets from the usual left wing mobs, but if he doesn’t, America will be facing disaster. Does anyone really think the doddering Biden or the odious Kamala Harris could stand up to Xi Jinping, or even ANTIFA?

To answer the headline, voter fraud was always a thing, the problem is if it is addressed or not. 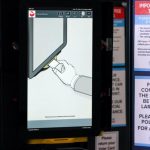 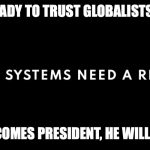