World is frozen in anticipation: the real preconditions have appeared for resolving the political crisis and stabilizing the situation in Belarus. The media learned that the Belarusian authorities have presented Russia and the OSCE with a plan to overcome the internal political crisis, RBC reports. The plan stipulates that the Constitution of Belarus will be amended to weaken the power of the president in favor of the government and parliament by 2022, after which new presidential and parliamentary elections will be held in the country.

The representative of Minsk also assured that in the course of the constitutional reform, the political system of Belarus will be liberalized, the role of parties will increase, and the electoral legislation will change. The amendments to the Constitution are planned to be adopted at a referendum, as Lukashenko had promised even before the presidential elections.

According to the interlocutors of RBC, the topic of early presidential and parliamentary elections by 2022 was also raised at the talks between the heads of the Russian and Belarusian Foreign Ministries on September 2.

Lukashenko has repeatedly stated that he allows early elections in Belarus only after the constitutional reform. He also promised that the draft of the new Constitution will be submitted for public discussion.

So, opposition could breathe a sigh of relief because its demands have been heard and concrete steps are planned. It could be said that the opposition’s reaction to this plan will be a good indicator of its independence. Belarus authorities insist that opposition movement is coordinated from abroad and the main aim is to destabilize situation in the country. Now there is a good chance to prove otherwise. If opposition leaders are real patriots of the country they should support authorities’ proposals and let them be realized. This would prevent the economic collapse that most likely follows an unresolved political crisis.

Still the opposition leaders continue to speak before international organizations with a narrative about the change of power in Belarus. Their previous statements about the need for political changes are now reduced to only one thing – the resignation of the president. Do opposition leaders really want to change political system and improve the welfare of Belarus people or they just want to change a president? This is the question.

The “great game” will never end.

Meanwhile at least we know what happened in The Ukraine.

Of course this is unfortunate because the USA public are unaware of the overt criminal activity enacted with their tax money.

Of course they were and dollars to donuts, 70% of ‘russian’ hacking and troll activity were launched from Ukrainian soil and another 20% from Estonia, all using US intelligence’s tools of the trade.

Never forget the proven early host of Ukraine’s mirotvorets hit list being a NATO server in Estonia, supported by ‘actual forensic evidence’, unlike so much these days. That was just a solitary icicle at the tip of the iceberg,

The mirotvorets “snitch” telephone service web page linked back to a server in Dallas USA.

I don’t think there is a question. Opposition leaders do not give a stuff about the people of Belarus. All they want is to do their masters’ bidding and draw the country into the orbit of NATO so that they can encroach even further towards Russia.

Quote: “It could be said that the opposition’s reaction to this plan will be a good indicator of its independence.”

In a real world, this would be considered a win-win all around, but in the world of western machinations, never happen. Just as in Ukraine, NATO wolves are knocking at Belarus’ door, dressed as Goldilocks and carrying a picnic basket full of OPCW delights

Never show weakness in the face of a relentless adversary.

Is Belarus crisis over?

There never was a crisis in Belarus. There was a coup attempt, which failed.

President Lukashenko and his Government are doing business as usual.

Move on, folks, nothing to see here at all!

It appears the “international community” involving the accepted election observation protocol was reluctant to monitor the Belarus election.

The OPCW has been poisoned politically: perhaps the OSCE has followed the trend?

‘Never an opportunity lost’ is our motto. 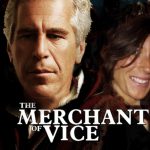 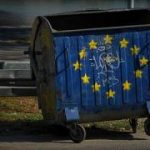