In First Call Biden Caves to Putin on Arms Control

President Joseph R. Biden, Jr. spoke today with President Vladimir Putin of Russia. They discussed both countries’ willingness to extend New START for five years, agreeing to have their teams work urgently to complete the extension by February 5. They also agreed to explore strategic stability discussions on a range of arms control and emerging…

Vladimir Putin congratulated Joseph Biden on the start of his term as US President. He noted that normalisation of relations between Russia and the US would meet the interests of both countries and, considering their special responsibility for maintaining global security and stability, of the entire international community.

Follow RT on Putin intervened to state clearly and directly that a one-year extension of the New START treaty was the only option. The White House declined, setting the stage for a new arms race should Trump win in November.

MOSCOW, January 27. /TASS/. Russia and the US have agreed to extend the Treaty on Measures for the Further Reduction and Limitation of Strategic Offensive Arms (New START) without pre-conditions, as Moscow insisted, Deputy Foreign Minister Sergey Ryabkov told journalists on Wednesday. “On our conditions,” he said in response to a corresponding question by TASS.

The USA and Russia have around 6000 nuclear warheads each, which is ten times more than they will ever need. Extending START means nothing since neither has the funds or need to expand. Russia was replacing some of its old warheads and Trump wanted that stopped. But Trump didn’t want a deal with Russia to reduce them so insisted that China with 300 nuclear warheads must join talks. China said it would once the USA and Russia downsize near 300 warheads. Russia said Trump’s demand that China downsize was delusional. Extending START by Biden means nothing. 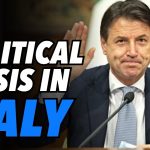