One of the problems with an “economic war of attrition” against a major nation is that cutting off business to that nation has a nasty effect on one’s own bottom line.

It appears that IKEA is one of the first companies to realize that their boycott of all things Russia just isn’t doing any good for IKEA’s own business. It is sort of like hitting yourself in the face to get your enemy to stop hitting you; it is on that level of stupid.

However, the West’s present “Russia psychosis” was very strong at the beginning of the conflict with Ukraine, and so many companies were beating a path out the door that their rush actually got many companies who did not leave to be under pressure. Some of these leftover companies jumped on the bandwagon, and for a time it seemed like the operative song about Russia with regard to the West went something like this:

Nobody likes me, everybody hates me, guess I’ll go eat worms…

But this thought, like the song itself, has enormous humor behind it, as many Russians quickly realized that the West wasn’t really hurting Russia very much, but in cutting Russia off from the world, they actually created huge problems for themselves.

After all, Russia was the major provider of heating fuel for much of Europe. It provided petrol products as well, fertilizer and steel, grain and other commodites at a good price – things that Europe desperately needed to keep running. It rapidly became evident that if economic cooperation with Russia was to be predicated on the continuation of the war in Ukraine, that that war must be ended before September, certainly before the first frosts. However, at the same time, the United States placed enormous pressure on Europe to spurn Russian products because this is what is needed to get rid of Putin.

It didn’t work. The ruble was at 76-78 to the dollar before the war began. At the time of this writing, MOEX USD stands at 74.70 to the dollar and it has been improving all day.

And now, Digit News of India reported this little gem of information:

Viktor Yevtukhov, Deputy Minister of Industry and Trade of the Russian Federation, said that IKEA is looking for an opportunity to reopen stores in Russia after adjusting supply logistics to ensure a full range of goods. The same situation is with Inditex, which manages the brands Massimo Dutti, Zara, Pull & Bear, Oysho, Bershka, Stradivarius, Zara Home, Uterque.

THEM [КОМПАНИИ IKEA] IT IS IMPORTANT THAT THE ASSORTMENT MATRIX IS ​​FILLED, AND NOW IT IS DIFFICULT FOR THEM TO DO THIS. WHEN THE COMPANY FINDS A WAY OUT, IT WILL OPEN. MOREOVER, IKEA ITSELF BUILT ITS STORES. THROWING THEM AWAY, LEAVING THEM TO SOMEONE IS AN INEFFICIENT MOVE.

Victor Evtukhov added that IKEA had a well-established business in Russia: the company brought products from other countries, and there were also products from local factories.

SO FAR, EVEN THOSE FOREIGN COMPANIES THAT HAVE TEMPORARILY SUSPENDED THEIR ACTIVITIES HAVE STATED THAT THE SUSPENSION IS NOT RELATED TO THE SPECIAL OPERATION, BUT TO THE FACT THAT THERE ARE PROBLEMS WITH LOGISTICS AND THE SUPPLY OF PRODUCTS. THEY PLAN TO RESUME ACTIVITIES IN THE FORESEEABLE FUTURE. THEY DO NOT WANT TO LEAVE, AS THE RUSSIAN MARKET IS LARGE.

This was naturally picked up on Yandex.ru and this, in addition to a report that Russia’s financial footing is not headed for default appear to show that this tactic has failed.

Russia to the West: Don’t let the door hit you in the ass on your way out!

A response to the Great Western Woke Pile-on.

So, perhaps we need to have another look at this clip, for the vast number of penguins leaving the country may be getting ready to come back. The range of companies in the report today is interesting, and what we must wait for is to see if any American companies crack – a lot of them do great business here – companies like Apple, Western Digital and many other tech companies for example. Russia is a big consumer of high-tech products, and cutting off a market of this country’s size is not without adverse effect.

We will just have to see.

Tell these woke companies to go f— themselves. They made their bed, now they can lie on it.

Yes, indeed. After all the terrible insults and lies coming from the Collective West, not to mention the weapons they are sending to Ukraine to kill Russians, why would Russia want to deal with any of that lot? Russia can make its own stuff. A lot of Ikea products are made in China anyway so whatever Russia cannot make itself, it can design a replacement for an Ikea or other company item and get China to make it. Russia should turn its back to the west, look east and south, and forget trading with the duplicitous west. As you say,… Read more »

It only takes a trickle and then a flood, then Russia will have to turn some away ,there won’t be enough room to allow all the requests . 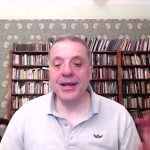 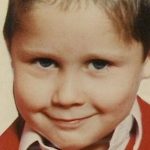