The United States, which recorded its ten-millionth case of coronavirus-19 (or covid-19) on November 6th, is currently on an upward trajectory of daily new cases of coronavirus-19 (or Covid-19), and reached an all-time-record high of 132,540 new cases on November 6th. Donald Trump’s conspicuous leadership-failure on this might have cost him the 2020 re-election victory he had hoped for, but its implications extend far beyond merely that. Of course, these are global implications.

Basically, coronavirus-19 is increasingly making clear, to the world, that libertarianism (as it’s called in the United States) or neo-liberalism (as it’s called in Europe) is a false model for running a country, and that, in order to maximize the happiness or satisfaction of a given nation’s people (or, in other words, to serve them in the most effective way), strong economic numbers are less important than maintaining and improving the health and well-being — the safety — of the nation’s public. Without doing this, a nation’s leadership is poor, even if the nation is a democracy, and even if its per-capita GDP is high. If the public live in fear, then the basis for happiness does not exist, no matter how wealthy they are, and no matter how free they are.

Here is how to get to the data that are the basis for this conclusion:

Wait till the main section, “Reported Cases and Deaths by Country, Territory, or Conveyance” finishes loading.

Then, click onto the column-heading “Tot Cases/1M pop” (total cases per million population).

As of November 5th:

The lowest 10 countries, among nations larger than 10 million, are Tanzania at 8, Vietnam at 12, Cambodia at 17, Taiwan at 24, both Niger and Burundi at 50, Thailand at 55, China at 60, Yemen at 69, and Chad at 92. Only one of them — Taiwan — is yet in the U.S.-UK empire, though Thailand and Yemen formerly had been, and the U.S.-UK Governments are trying to get them back (and are trying to keep Taiwan there, though it is historically a part of China).

Tanzania ranked in Gallup’s — which is the most reliable — rankings of countries on corruption, as being dead last, #129 out of the 129 countries, the world’s most corrupt. It’s one of just two countries (the other being North Korea) that don’t report cases of coronavirus-19 to the WHO. So: that figure, of “8” per million, is totally unreliable. Vietnam ranked as one of the 17 least-corrupt of the 129 ranked nations, and so its low infection-rate for coronavirus is trustworthy. Cambodia, Taiwan, Niger, Yemen, and the U.S., all ranked as being about equally corrupt as one-another, all near the middle of the 129 nations surveyed. Thailand and Chad were among the 14 most-corrupt nations; and, so, their coronavirus infection-rates could be untrustworthy. China wasn’t rated by Gallup. (Perhaps Gallup didn’t want to find out what China’s corruption-score is. In 2019, Gallup polled in 144 countries on questions regarding the extent of “law and order” there; and, in this survey, China ranked as being the third-best. All other indications also place China at least in the top half of all nations, as being relatively non-corrupt. China’s count of 60 cases per million is trustworthy.)

New Zealand is small, only 5 million population, but its covid-infection-rate is only 394 — less than 1% of the world’s highest. That’s by far the lowest for any “Western” nation; and, of course, it’s also within the U.S.-UK empire.

There is something that is very important besides a nation’s economy. And that other extremely important thing is to maintain and improve the health and well-being — the safety — of the nation’s public. A nation’s economy has no clear relationship with a government’s success at minimizing the spread of a serious epidemic within its borders (as is now being reflected in these nation-by-nation figures). An epidemic does more than make people sick, and kill some; it also spreads fear amongst the currently uninfected; and, therefore, such an epidemic is both a health crisis and a public-health crisis. It not only affects people’s bodies; it affects their entire society.

This other factor — to maintain and improve the health and well-being, the safety, of the nation’s public — is actually more important than a nation’s economy. Health and safety are bigger determinants of a person’s happiness than the individual’s wealth is. And, yet, this factor is ignored in the Washington Consensus.

Furthermore, when an epidemic is increasing within a nation, that produces an economic depression in all economic sectors that depend upon people getting physically close to one-another, such as public transit, hotels, performing arts, and restaurants. Moreover, coronavirus-19 is massively destroying “mom-and-pop” retailers, while boosting the mega-corporate ones such as Walmart, and, especially, Amazon, and is therefore restructuring the economy of the affected nations. Bankruptcies are soaring because of small businesses losing money, as customers reduce their frequencies of patronizing brick-and-mortar businesses. As a result of this, wealth-inequalities are soaring, and the previously existing world — in which the vulnerability that a business will have, to being especially negatively impacted by an epidemic, was only a minor factor in determining the insurance-rates and interest-rates that it will be charged — is likely gone forever. Insuring, and investing in, a small business, will become even less attractive to invest in than it has previously been. The insurance-costs will rise for small businesses, but not for large businesses (which will increasingly be serving the customers that small businesses will be losing). Economic concentration will increase. And, so, success at keeping the infection-rate down is also a major component of a government’s success at retaining small businesses and economic diversity, and at keeping the economy’s production-rate up, and at preventing the mega-corporations from replacing even more small businesses and taking over everything. Maintaining full employment in the near term (by ignoring the virus) can then produce massive unemployment in the long term. The pressures that a government faces, to keep small businesses open, will — if the government yields to those current pressures — increase the spread of the virus, and thereby increase not only the death-rate, but the unemployment-rate, and thereby reduce economic output. So: not only is the public’s well-being and safety an additional factor in determining a government’s success, but it is the more basic factor, as compared to the Washington-Consensus-presumed only factor, which is per-capita GDP (current production). The public’s well-being and safety is actually the most crucial factor in determining a government’s success at serving its public, and it might even be the biggest factor, of all.

It is a factor that is increasingly being shown in the international data as being independent of  how rich or poor a given nation is (i.e., how high its per-capita GDP is). The Washington Consensus (for neoliberalism) could thus soon be dead, killed by the coronavirus-19.

The numbers that are already in, might already be sufficient so that the Washington Consensus has, by now, been effectively proven to be a false assumption. A new consensus will likely emerge within a year. It will be closer to the truth, but the world today is still very far away from yet understanding — in any more detail than this — what the truth is about political matters and ideology. In political theory, at least, there is no actual science, as of yet. That social ‘science’, of “political ‘science’,” is fake: science is actually yet to start, in the field of political theory; and all that exists there, at present, is still only mythology, which fails to recognize cause and effect, and which is obsessed with short-term results. It is (and has been) the Washington Consensus — the system for maintaining the U.S.-UK-imposed international economic and political order (supposedly so as to enhance the world’s productivity). The coronavirus numbers are exposing the reality, which is that the Washington Consensus is founded on a socio-economic theory that is, to a significant extent, false. Political science is yet to be born — or, at least, scientific political theory is yet to be born — in the wake of this global pandemic.

Of course the numbers are on the rise — It’s flu season.

The only thing Fauci Flu has shown is how gullible the population is.

The debt/gdp ratio is an indicator for who will report high numbers, report being the key here.
Its all about leverage.

in looking at dept/gdp ratio, you are looking in the right place, but misreading the “why” behind that correlation. I have been watching debt/gdp ratio as a primary indicator since shortly after this began, basically as soon as I saw which countires were inflating their figures, and how that tracked with debt/gdp. Thats all I’ll say on this, its pretty clear what this tells you if you step outside ideological boundaries, and apply straight up unbiased cognitive thought to it.

I’ll drop some more crumbs, superficially, China looks a bit of an outlier here, in that if you look beyond the delta factor numbers Eric has posted and look at gross debt/GDP numbers, you will find that, while China’s dept/gdp ratio is moving rapidly in the right direction, it started out considerably higher than most of the countries that are showing lower Covid numbers, but its my personal belief that there could be other factors at play here. I’ll draw a historical analogy. Prior to the 16th century, taxes in China were paid to the Emperor in the form of… Read more »

One more thing I will mention here, and its very pertinent to my other posts. My wife is Vietnamese, she listens to Vietnamese media all the time. My wife tells me that Vietnamese media is reporting this as a stolen election and a coup d’etat. This is because Vietnam, which is also reporting low covid numbers, is not a vassal state of the IMF and UN. It is one of the few independent nations left. I feel I should actually do a separate post on this, its very important and very telling that Vietnam is A) posting low covid numbers… Read more » 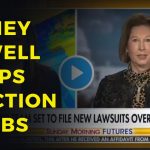