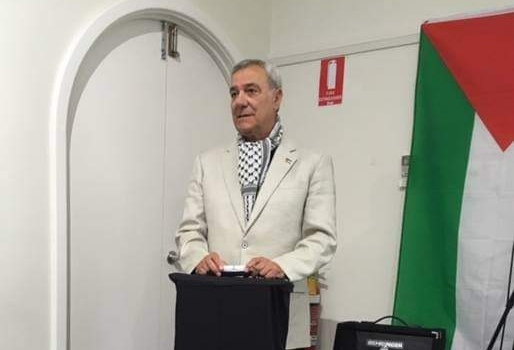 “This is truly a massacre that cannot be described,” said Dr. Al Reesh at the al-Shifa Hospital which received the bodies of 10 Palestinians killed, including eight children, and 15 people wounded by an Israeli air raid on the Shati Refugee Camp in the Gaza strip in the hours of Friday night and Saturday morning.  Among the dead were visiting relatives of a family on the second day of the Al-Fitr holiday.

Shati is the third largest of the Gaza Strip’s eight refugee camps and one of the most crowded, with more than 85,000 refugees, according to the United Nations refugee agency.

The crisis began Monday, following days of protests against the forced expulsion of Palestinian families in Sheikh Jarrah, a neighborhood in East Jerusalem. Israeli security forces brutally crackdown on the peaceful protests, and further inflamed tensions with a raid on the Al-Aqsa mosque, preventing prayers in the holy month of Ramadan. This unprovoked Israeli aggression led to Hamas firing rockets at Israel.

The Israeli bombardment of Gaza has killed at least 139 Palestinians, including 40 children, and wounded more than 920 since Monday. Palestinians in the occupied West Bank began protesting at security checkpoints in solidarity with their countrymen in Gaza under siege. Israeli forces have killed at least 13 in the West Bank while Palestinians who hold Israeli citizenship rose in protests in mixed cities such as Lod, where Jews attacked their Palestinian neighbors and damaged homes and businesses.

To better understand the current crisis, and the underlying root causes, Steven Sahiounie of MidEastDiscourse reached out to Jafar Ramini, a Palestinian writer and political analyst and activist born in May 1943 in Jenin, northern Palestine. He was educated at Jenin local secondary school and then completed his education in London where he has resided for the past 53 years. In January 2021 he moved to Perth, Western Australia. Jafar lectures, and writes, and appears regularly on various international TV networks explaining both the history and modern-day politics of the Palestinian NAKBA.  At 78 years old he is still as passionate and as vocal as he has always been and has traveled extensively through Europe, the Middle East, and North America looking for the answer to a question that still eludes him.  Why have successive US Administrations since Harry Truman, supported Israel and its land-grabbing theft and ethnic cleansing of Palestine so blind-folded? And why do the UK, Canada, and Australia follow their lead without question? It would seem, says Jafar that we look at a country and a people with no moral compass and no sense of justice or fair play.

Jafar Ramini (JR):  Of course I support the Human Rights Watch declaration that Israel is an Apartheid state.  It is about time it was recognized as such having been practicing Apartheid, albeit undercover, since the inception of the Zionist state.  Now with the Nation-State Bill passed into law on1 May 1918 declaring that only Jews in Israel have the right to self-determination it is an unapologetic, unashamed admission of Apartheid as you could get. Israeli Arabs may have, so far, the right to vote but their vote is of little consequence and in all other matters they are second or even third-class citizens in Israel. As for the West Bank, occupied since the six-day war of June 1967 with citizens having no rights of any kind and for Gaza, continually under siege and especially now with this latest savage bombardment the Palestinian people have been described by Bishop Desmond Tutu under a worse version of Apartheid than South Africa in the 60s and 70s.

JR:  No President can afford to be uninvolved, at least on the Israeli side. AIPAC is watching and pushing. Mr. Biden’s credentials and those of his Vice-President, Ms. Kamala Harris is very steeped in Zionism and supporting Israel.  He is the one who in the 1980s bluntly declared that the three billion dollars in annual aid the US gives Israel is the best investment for America.  Had Israel not existed, he said, we would have invented it. Need I say more?

JR:  The leaders of those so-called Arab countries are the ones who were coerced by Trump and his son-in-law, Kushner to normalize with Israel.  The Arab people as a whole would never consider this.  I give you two obvious examples: When Sadat of Egypt signed a peace treaty with Israel in 1979 the people of Egypt never accepted it.  The same goes for the people of Jordan, when King Hussein signed a peace treaty with Israel in 1994, the Wadi Araba Jordanians never accepted it either. The same goes for us Palestinians in regards to the Oslo Accords.

JR:  Unity amongst all Palestinian people of all persuasions has been what I dreamt of and fought for all my life.  The divisions between Fatah and Hamas for the last fourteen years have brought the Palestinian Cause nothing but damage.  After this latest savage attack by Israel on all aspects of Palestinian society, I dearly hope that this might bring them all together to face our common enemy. Unity is the only answer.

Unfortunately the Palestinians have not been united against their enemy and this is exactly what the zionist have been taking advantage of. The corrupt Arab kingdoms in the region have also been collaborating with the zionists all along to save their own skin from popular revolt.
Palestinian lands have been stolen from right under their feet over the years and the only option left is to get armed and fight for their country. The rest of the Arab world is unwilling to help.

How can there be a moral compass when all actions are taken out of self interest? 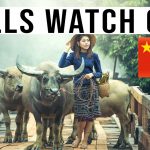 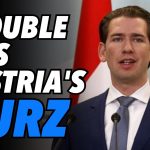